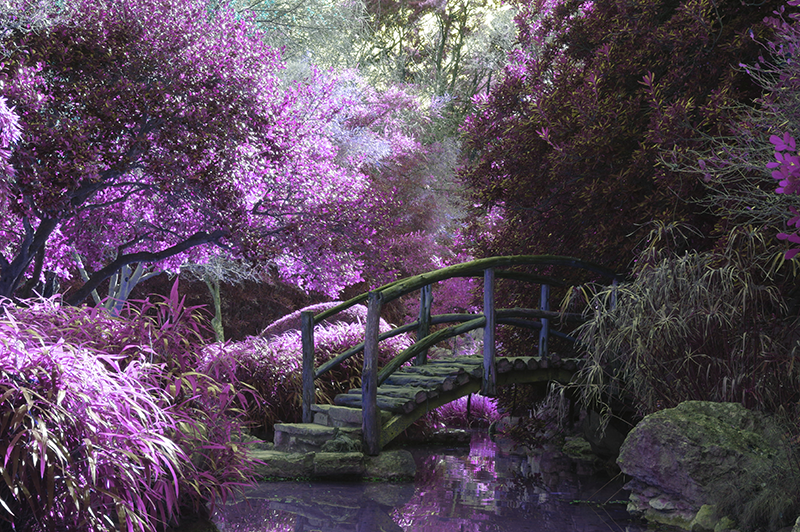 “I believe that once desires are implanted in the brain, they start on the longest journey they will ever take, to the heart, soul and gut. That’s when things happen. “

I was always taught that wishes were a waste of time and just fantasies which would never happen, so why bother. Why not bother?  Wishes aren’t just hope that something miraculous will happen.  They are dreams of the impossible or so we think.

How would we have electricity, cameras, even safety pins if someone had given up on what they believed would improve the world?

I know there are some wishes that couldn’t be fulfilled. Something I would love to do would be to fly. I watch birds take off, swoop and rise again. I see them land on a fragile branch and just sit there. There have been some enterprising people who have created wings that allow them to soar off cliffs and land safely.

Writing about it energises me. It is exciting to imagine what could be if only…………………..

We have been told that imagination is the strongest part of the human spirit. Amazing situations have occurred because of imagination. It is said, if you can imagine it, it will happen and sometimes the inner soul creates it without even thinking of imagining it.

In the Twelve Step programme we are told we can have a life beyond our wildest dreams. Keep it simple. Don’t pick up a drink or a drug. Simple? Human beings make a mountain out of a molehill and yes, it takes work to have that life. Learning what has to change is the basis of all growth. It is magic.

Life hasn’t always been magical for me and for millions of others. If we are aware of what has to be done to achieve our goals and do what’s necessary, changes occur that can be astonishing.

Thinking of how much energy has been wasted on regrets, resentments, and revenge, it boggles the mind and in many cases, my own included, the remembrance of those times jolts the heart. The wondrous brain that we have can help or hinder the journey to a life beyond one’s wildest dreams.

You know how it is. Resentments really mean that we have something or someone living rent free in our psyches.  The brain can make or break the human spirit and then someone comes along, like Dr. Viktor Frankl, who changes all that.

There are so many people I admire who have overcome odds that blow the mind. Nelson Mandela is one of those people. There some words that I continue to write and probably have published this before. This is what he said as he was released from prison for twenty seven years.

“As I walked to the gates of freedom I knew that if I held resentment or hate I would be in prison for the rest of my life.”

He also said, “Resentment is like drinking poison and hoping the other person will die.”

In the book of recovery for women – if you hold resentment to a person you are tied to that person with bands of steel. Think about those statements. I mean it. THINK ABOUT THOSE STATEMENTS.  They brought me out of my state of nowhere and nothing, to understand that in holding onto such emotions, I would never get to the magic. They are poison and do no good at all. Every rage about who did what to whom, removes the positive energy we all need and deep down, want. I know I do.

It has been years of working on these injuries and money spent on therapy collectively that could have kept me living in luxury! It isn’t the case – but was certainly worthwhile. It was worth every penny, as it brought peace, serenity and best of all acceptance. Don’t misunderstand me (I say that, as it has been happening a lot lately). I respect anger. It cleanses me but turns to rot if I don’t let go of it. Do what has to be done to get to the stage of peace, even if one has to confront people and make one’s statements. Then leave it be.

This all comes under wishes. People approach life differently in so many ways. Some are sweet and calm, others louder and funny. They learn to take their life experiences and turn them into lessons. I was blessed with a “watch me” personality, which is getting bigger and stronger as I ripen.

To explain, a “watch me” personality means to tell me I can’t do something and then watch me do it. Admit it. Many of you have this. I love it.

The author, Viktor Frankl, taught me that everything in life is a choice. If you read my blogs you know I have mentioned it many times. Even first reading that small book he wrote, intense as it may be, it took a while to get it. Once I understood, it is magic. I believe in what he said in those disastrous conditions  – concentration camps, four of them – people make conscious decisions on the way they feel. They can do anything to my body (and they did) but they cannot touch my thoughts.  In a concentration camp.

His magic of courage and determination has astounded me since I read his book, Mans Search for Meaning, in 1968. I don’t know who created this statement – it helped me enormously. “It isn’t what life gives you, it’s what you do with what life gives you.” As I said, turn them into lessons.

What is magic? What are wishes? Back to my reliable source – The Oxford English Dictionary.

There are other statements about conjuring tricks and the occult. The inexplicable definition is the one I select as that is how it is.  Magic has many explanations. These are the best in my opinion:

When I look in the other favourite book of support, Cassells Latin Dictionary the word wish has a huge entry. It is very verbose and really speaks the same of what has already been written.

One could ask, what is the value in wishes?

Some say it is escapism. Well, that would depend from what the escape of is.  If there has been cruelty or abandonment in life, a temporary wish list isn’t a bad idea. I believe that once desires are implanted in the brain, they start on the longest journey they will ever take, to the heart, soul and gut. That’s when things happen. It is important to recognise that anything of this nature begins with one.

I was taught by a brilliant woman that when I was pointing the finger at someone, three fingers were pointing back at me.  It was my responsibility to drag myself out of this level of thinking, that had been drummed into me for years, which was that I would never amount to anything, so why try?

I did. In the beginning there was no one. Then slowly people came into my life with a different approach. I caught it almost instantly – it is called spirituality. Of the spirit, your spirit. There are so many ways to contact this spirit.

First I suggest that people start making lists. What do they want in life – then prioritize them. These lists can be work related, being with someone who you can learn to trust (that’s a big one). Love.  Friendship. Describe each one in detail.

Start recording your dreams. Have a pad and pencil by your bed and when they awaken you, write down a sentence that will remind you of the content of the dream. We always think we will remember in the morning, but that’s doubtful. Dreams are visions from the subconscious mind, information that isn’t absorbed by the conscious brain. There is a message there for you and usually if one remembers their dreams regularly they can give knowledge to follow through with.

If at all possible, surround yourself with positive people. It is not always easy, but this might help. Be aware that there are people who are addicted to misery. Nothing anyone might say won’t be accepted and even denigrated as ‘not possible so why bother’. Let me repeat that.

There are people who are addicted to misery.

It isn’t a mental disorder. In some ways it empowers them. I had an aunt like that. My Aunt Freda. She was monstrous and accepted me and my cousin Karen because we wouldn’t put up with it. SHE LIVED UNTIL SHE WAS 106! She made her daughter a nervous wreck, from which she is still recovering. Don’t tell me misery doesn’t empower some people! For some reason they were much more comfortable being negative and miserable. Of course they usually collected codependent people who tried terribly to please them.

My father in law was like that. No matter what I did or said, he would either make a remark or ignore it completely. He was a very sad man. One day he said to me, “Don’t try to cheer me up. It will never happen”. So, I stopped. That was probably the first time I let go of codependency.

My friend Marion calls them emotional vampires. So I suggest one find people who are of like mind and most of all willing to be very honest. We all need people like that who are not at all impressed with our negative statements and think it quite silly that we don’t believe in ourselves. In the beginning, listen to people who do believe in you. It will rub off in the end and you’ll be laughing.

I’ll end with my favourite writing, which was written by that famous author, Anonymous.

IF YOU CAN ALWAYS BE CHEERFUL, IGNORING ACHES AND PAINS.

IF YOU CAN RESIST COMPLAINING AND BORING PEOPLE WITH  YOUR TROUBLES.

IF YOU CAN EAT THE SAME FOOD EVERY DAY AND BE GRATEFUL FOR IT.

IF YOU CAN TAKE CRITICISM AND BLAME WITHOUT RESENTMENT.

IF YOU CAN CONQUER TENSION WITHOUT MEDICAL HELP.

IF YOU CAN RELAX WITHOUT ALCOHOL.

IF YOU CAN SLEEP WITHOUT THE AID OF DRUGS.

THEN YOU ARE PROBABLY THE FAMILY DOG.

I rest my case.  Be well and prosper.