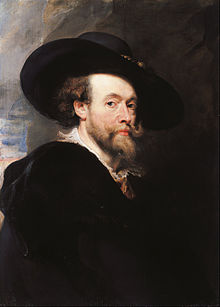 The ‘do not haves’ haunted me for most of my life. People who love me told me in the past that I was putting myself down. Wrong. One of my many admirable assets is honesty. My feet are planted firmly on the ground and this has been a saving grace. Growing up, the most popular girls would have me as their friend. I later realized it was to show the contrast.

My ex-husband’s mother was beautiful. She left one day and was found dead in a river. He married me because I was safe even though beauty is his God. He knew I would always be loyal and take care of business – family especially. That gave him the freedom to follow his addiction – women. These were no imaginary thoughts.

His aunt actually told me to my face when we became engaged that her step daughter was beautiful and she wanted her for him. She could not conceive why he would marry me, looking as I did. I was supposed to be grateful and the tragedy was that for years, I was. Any attention was like the drug to the addict. I grew up with the description of being ‘pleasant’. Any idea what that word does to a young girl? I actually heard someone say once – “When you get to know Yvonne, behind her face, she is really a nice person”. Nice. That’s another word we can do without! Those of us who do not fit the western criteria of ‘beauty’ work harder with the magnificence within.

It is only recently that I have spoken on this aspect of life. The response has been astounding. So many women especially (I am sure there are men who feel the same but I haven’t met them) feel ugly, plain and unattractive because they are constantly compared to those who are gorgeous. The fashion industry is largely responsible for the anorexia plague among our young and eager. Look at the models. Twiggy has a lot to answer for but it was the industry that demanded that painful skeletal look. Which is why: RUBENS IS MY FAVOURITE ARTIST!!

Take a look at some of his work. He has got my body to a tee! Somewhat lumpy with a real belly. Apparently some of the ‘feminists’ accuse him of being sexist. I am a feminist and I think he’s grand! He is real. As we ripen (that’s another blog subject) our shapes change. Who made the rule that voluptuous is passé? I don’t think so! When I consider how many years I mourned my pleasantness and how I compensated for it, I shudder.

This post isn’t long enough to detail what I did to make up for my lack of physical beauty. ‘How’, is a very important word. It came to me from a therapist years ago who asked me the following.

Pandora’s Box! Think about it. If your appearance was not as you yearned for, how did you live with it? This is an important question. Stop for a moment to think about it. Better still, write it down your list.

Hallo – you are back. Welcome. If you have the list, now is the time to realize that it was all lies.

Those of us who were judged either on our sex or our appearance actually gave that power away. The list is important. It is part of your personal imprint. You believed what others told you. Now is the time to celebrate that glorious inner you. This is what I now believe. I am magnificent. My beauty is not the kind that fades. I AM AGELESS. I am fearless in loving and respect my anger.

My compassion gets out of hand at times and I am learning to rein it in! My journey will never end and it will be enhanced by people looking within to their exquisite selves. Will we ever be able to change that first look at an outer beauty? No. Do we have to join the crowd? No. We need to erase that personal imprint that taught us that physical beauty is the key. My heart goes out to beautiful people whose power ebbs with aging and their terror of facial lines to the point that smiling is not an option. The desperation that growing older is inevitable. I don’t have that problem as I have earned every line on my face honorably. What they don’t understand is that outer beauty is genetic. How can they be congratulated on their beauty when they did nothing to earn it? Inner beauty is to be praised. That loving each moment is a decision. You can do this!

The spirit is ever present. Somehow that inner beauty creates an aura of comfort, of safety, of openness. The glow that flows from the inner self is almost palpable and the humor, oh the humor. Let me share some of the humor.

Those who have read my book, Credit, Cash and Codependency, know I had a major challenge with money. Like living with an addict, there is a concern of relapse. So, when I started to buy things for our home, John would ask, “Where is your money coming from?” As powerful men are a large part of my imprint, my initial response was anger. How dare he ask? He dared because he had taken over running my business and putting me on a budget!!!

Then I recalled that defensiveness never wins any battles, if indeed there was a battle to win. When he asked me that question one day I simply said “When you are asleep, darling, I go out to various clubs. They pay me to keep my clothes on!” That did it. I was never asked again and if there was a hint, the same response occurred. However, in his infinite wisdom – and international business acumen he said this, “When you are in debt and still buying, you are spending other people’s money.” Never forgot that. Just an aside which has nothing to do with this blog post, but that is how I write. A thought pops in and there it is in print!

This brings me to John, my unexpected gift. Tall, blond, handsome, genius level IQ and the first man in my life to pursue and woo me. Along with that outer appearance, he had within him a serenity which comes with someone whose feet are planted firmly on the earth. What you see is what you get and he had it all, but thankfully wasn’t perfect –  only for one another.

Often people ask questions – how did you meet, what attracted you and his answer was always the same. I fell in love with her brain and the rest followed. My brain had either scared the hell out of the few men I was involved with or set up a challenge to beat me down. Amazing, as I never knowingly bragged or boasted that I had intelligence. George Bernard Shaw once wrote that if you can do it, it isn’t boasting!

Many years ago, I went back to the UK to be my Aunt Dora’s surprise gift for her 70th birthday party. I sat at her feet and she asked, “What’s happened to you since you went to America?”  I replied, “‘I discovered I have a brain.”

She looked at me in astonishment and said, “I always knew you had brain. How is it you didn’t know?” That’s how pleasant and nice brainwashes young people so they do not believe in themselves. They often resort to codependency. I certainly did.

So the love I never even considered was right in front of me. It took John four years to convince me he was real and that he didn’t give a damn what I looked like when the bath towel I had been hiding behind dropped to the floor. That I received a love I never knew possible for me, unconditionally and without reserve. He saw beyond anything I judged myself to be and his love sustains me in his death. Every day my first thought is John…thank you my treasure.

Thank you Rubens for seeing the beauty within we women. Now that I see us through your eyes, I am beautiful.

2 thoughts on “Why Rubens Is My Favorite Artist”