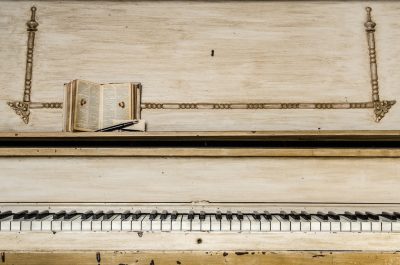 The year 2016 has brought sorrow and grief in the music industry. Today Prince died. He was just 57. At time of writing, there is no information as to why. Lots of conjecture, but then isn’t there always?

Rumor is a way of life in our Western world. The shock is indescribable, just as it was with my particular hero, David Bowie. There were others too in this year of 2016. Glenn Frey. Keith Emerson keyboardist of Emerson, Lake and Palmer, Merle Haggard, Dennis David, Bowie’s amazing drummer. So I ask…………. what’s happening?

The interest people have in those they do not know personally is intriguing. I never met David Bowie and always brag that he was born and raised in Brixton, South London, as was I. In his memoirs, there is a photograph of him as a little boy, playing in the rubble of a house that was demolished due to Nazi bombers in the Second World War. It could have been my house and I retain bragging rights.

With all these icons, people didn’t need to know them. Like Bowie, Prince gave people the permission to be different. He had no limits professionally, musically, colorful clothing, his dancing movements – to quote another icon, he did it his way.

When Bowie died, I remember reading a Facebook posting about the fact that these people are not heroes. The Military, they are heroes. I’m not disputing that at all and it is fascinating to me when I work with former Military personnel who are dealing with PTSD, that music is a great balm to their sometimes frantic souls. Because of Bowie’s sense of self, how he projected that into his music, and with his persona that it was very acceptable to be different, this gave my son freedom to deal with his depression and anxiety, and to share it with others to bring hope. He and his son were devastated when Bowie died. I get it.

Apart from music, look at the outpourings of grief and love for Princess Diana when she was murdered – oh yes she was, by the paparazzi no less. No one can convince me otherwise. She loved music as do her sons. It brings inordinate comfort.

Through Their Music They Are Our Heroes

I believe people can choose their own heroes, mentors, and soul encouragers. If the music is simply regarded as entertainment, heroism isn’t a facet at all. However, upon listening to lyrics and interpreting them in one’s own need, they can become magical. I am privileged to conduct a Sunday service with recovering people currently in treatment. One would think that there would be readings, hymns, sermons. Not so.

When I was ordained as an Interfaith Minister from the New Seminary in New York City, I found a charming little book called “Country Wisdom”. In that book I discovered something that described my ministry perfectly. It said, “It is better to live my sermon than to preach it.” Yeah! So it is.

The music I select has a message from people who have gone through a great deal of trauma, pain, personal growth. People like David Bowie – Ch Ch Ch Changes. Phil Collins – Billy Don’t You Lose My Number (about sponsors as I see them). George Harrison – Let It Be. Sarah Barellis –She Used to Be Mine (incredible lyrics about forgiving oneself), John Lennon – IMAGINE, my personal anthem. Jack Johnson – just about everything he writes. So many more.

Doesn’t it depend on what hero means to us all? Like grief, it is different for everybody. One of my heroes is my son in law Jim. A former Marine, 30 years a firefighter in the Philadelphia Fire Department whose first wife was killed in front of his eyes by a drunk driver. He is always there for me – he gets it. Another former military person, Fergie, sends me exquisite quotes just about every day, to comfort and inspire me. Here’s today’s -.” Be thankful for all the people who said NO. Because of them you learned how to do it yourself. “I’ve kept every one of those quotations.

My children are my heroes. I look at their childhood photographs sometimes and want to weep with all they have gone through and continue to. Then there’s Stash Serafin who is a champion ice skater and good friend of mine. He is blind and cannot see the ice. He teaches sighted people how to skate and still performs nationally in ice meetings. Beethoven wrote my favorite piece of classical music, his Fifth Symphony, that meant so much to me in the Blitzkrieg. He was deaf, wrote magnificent music and never heard a note. Stevie Wonder – another icon of the music world as was Ray Charles. The list is endless, always meaning something different to each and every one of us. There was my primary mentor, Dr. Viktor Frankl, who wrote “Man’s Search for Meaning” in the 1940s, in an Auswitchz concentration camp. It was a love story in part, which sustained him and brought sanity to me. Exquisite.

Last year, a therapist reached out to me for help in persuading his colleagues who make the rules that music was critical in reaching people with the disease of addiction. Here is a small part of it.

“Music, like laughter, can release endorphins in the brain and create calm and relief from confusion. It cannot mask the process – it enhances it. In recovery, songs with specific messages bypass the brain and touch the mind, which could be described as one’s heart and/or soul. Oftentimes the listener cannot verbalize what had happened – it just did.  Music by Mozart enhances the brain in the sciences, and mathematics, but mostly creates a level of insight not recognized by conscious receptors.”

It has been common knowledge for years that music is critical in the treatment of coma patients. At this facility, they now play music!!!

I am so blessed in loving music as I do. It has reached my soul in so many ways. Freddie Mercury has touched me exponentially over the years and his song Barcelona blew me away on a very personal level. I do take music personally. It is an integral part of me even though the only instrument I can play is the stereo!! I recall Stevie Wonder being interviewed some years ago. He was asked if he had to lose a sense rather than his eyesight, what would it be. (Don’t people ask the most ridiculous questions?). He said he would prefer to lose his eyesight as not being able to hear music would have destroyed him (or something like that).

As it is, I regret the deaths of these amazingly creative performers who have brought such joy and solace to so many of us. Prince was literally a self-made musician. No lessons, nor instruction. He created what was living and breathing inside of him. Prince, you will be sorely missed.