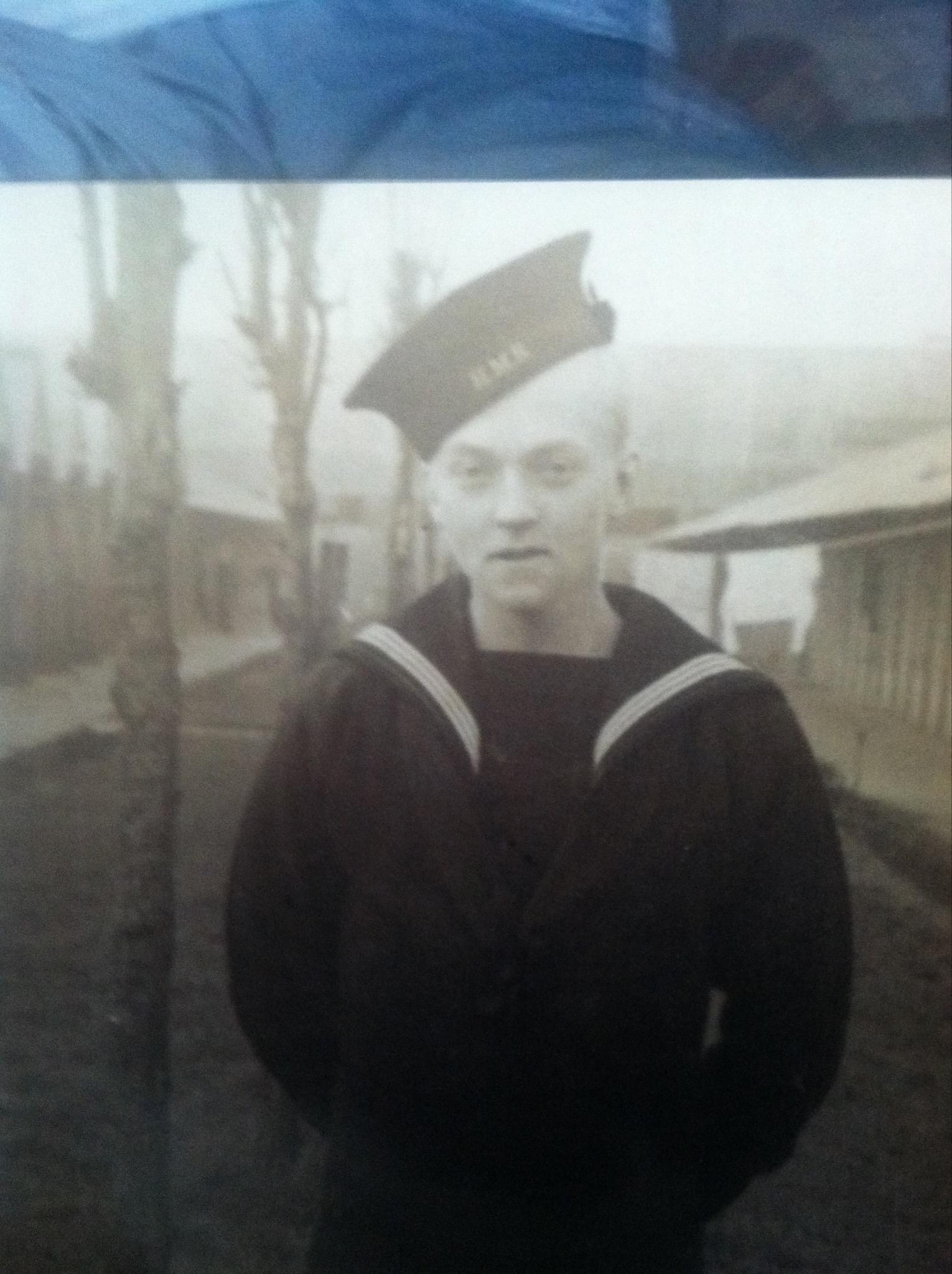 “THE OPPOSITE OF LOVE ISN’T HATE, IT’S INDIFFERENCE.“

Let me preface this piece by stating that I am sure Trump supporters are as scared of Vice President Biden as I am for their choice.

I read some of the quotes from Elie Wiesel, a man who wrote 57 books, won the Nobel prize, was a prisoner in Auschwitz and Buchenwald during the Holocaust – you know, that event in history that never happened.

I have read about him over the years and decided to look him up on Wikipedia and read some of his quotes. I was stunned. There are too many to get through, so I selected some that hit me hard.

“THE OPPOSITE OF LOVE ISN’T HATE, IT’S

“I SWORE I WOULD NEVER BE SILENT

WHENEVER AND WHEREVER HUMAN BEINGS

It is true that I am open as to where I stand politically. I come from a country where there is a secret ballot, and no one ever has to sign up with their political party. It is a popular vote and the entire election takes about six to eight weeks costing about $2000. (Correct me if I am wrong Helen)  .

One votes for the party rather than the Prime Minister as whichever party wins; the leader of that party holds that office. The election process and the money which is squandered is obscene in this country. Think of what it could provide in a much needed population. When I think about it, I imagine the vast majority goes to television advertising. It is sinful.

The College is sinful. It is all about money and these billionaires who support the current party buy their election.

However, I now realise that being open to where I stand isn’t enough.

I have written about my childhood many times. Few people listen because most of the population doesn’t give a tinker’s cuss about history. I will keep writing about it, as I identify what is going on right now in this painfully disruptive country. I don’t know how but I WILL BE HEARD.

All that suffering has to be for a reason so I can also speak of the resolution to grow and change – as I did, over and over and over again. Making it clear of where my loyalties lie just isn’t enough. I usually respond to anyone who supports this administration with – “I am a Democrat.”

I have listened to people who try to convert me and beyond boredom have heard how “my son/husband/friend etc., opened my eyes”. I have Republican Trump supporters in my family, and we don’t talk about it – rarely. I listened to their definition of fake news and just agreed to disagree….quietly.

I am surrounded by Trump supporters where I live. One already has the sign out in front of her house which I believe to be illegal at this early stage.  I have been blocked by several people and two women in particular, one of whom I have been available to for over twenty years and who has proclaimed in the past that I saved her life and was the most amazing woman on the planet (you all know how I feel about that nonsense).

The other is a veteran who thought the world of me, trusted me implicitly. Upon thinking at this moment, there are several others I haven’t heard from for some time. Hmmm. I imagine that means I don’t miss them.

Here is my definitive statement.

On reflecting the horrors that have happened over the past four years, how can anyone with a soul, anyone who has faith even contemplate another four years with this man who has allied himself with dictators who tamper with our voting system, flood our social media with propaganda, and rip children from their mothers’ arms.  I saw all that when a child, only his name was Hitler.

Let me give you some examples.

There was a man nicknamed Lord Haw Haw, who would somehow get to the British troops with his propaganda. His name was William Joyce. He would broadcast from Germany to the United Kingdom during the Second World War. It was called “Germany Calling, Germany Calling” spoken with an affected upper class English accent. He began September 18th, 1939, thirteen days after the outbreak of war until 1945 when the British Army overran Hamburg.

The next scheduled broadcast was by Horst Pinschewer, a German refugee who served in the British Army and was later responsible for the capture of William Joyce.

The idea was to discourage and demoralize American, Australian, British, and Canadian troops and the British population to suppress the effectiveness of the Allied war effort through propaganda to motivate the allies to agree to peace terms leaving the Nazi regime in power.

The difference today is the propaganda is coming from Russia and Fox News.

Sadly, today we have no allies. The attacks came from another country at that time. This time it is within. The current administration has taken care of that.

She was employed by Reichs-Rundfunk-Gesellischaft, presenting Nazi propaganda. She is buried in St. Joseph Cemetery, Columbus Ohio. She returned to this country to little or no punishment. In fact, she taught German, French and music at St. Joseph’s Academy in Columbus. She served a brief prison term, considering she was a traitor, converting to Catholicism there and went to Ohio Wesleyan University to complete her degree.  Apparently, this country awarded bad behavior even then.

Why am I writing about this now? Many reasons.

Remember, I was alive during all this. I am not referring to history books as I am living history. Another reason is a quote from a man whose voice I heard every day during these six years, Sir Winston Churchill. Lest We Forget, he said. Never underestimate the understanding of a child.

I knew all about this and it was a time when the news came after several days. No social media then – just the wireless. In addition to all this, Edward 8th married Mrs. Simpson and gave up the throne. Thank goodness his did. They were Hitler supporters which is a jaw dropper, the same I feel when people I know so well support this President. I rarely write about politics. The Sound of Silence doesn’t work anymore for me.

In addition to “Be well and conquer”, “We the People” is my new mantra.

It has to be solidarity. If this country is to survive, there has to be change – massive change. I will no longer be silent, and I have recognised my own boundaries. I will not try to change anybody’s mind. That doesn’t work. However, I will put my opinion forward if I am challenged as I have been over this chaos.

I have a different outlook and thank the war for that.  I am also an immigrant. Don’t let the accent fool you. I had my challenges with Immigration.  I have seen death firsthand.

I have seen how many members who were in combat in that war and I will be listing them at the end of this blog, to honour their service. It is a long list – only my family and some friends who gave the ultimate sacrifice. I know what is important to me and what is not.

We all know the rhetoric will begin – in fact, it already has about those running for office. It’s all part of the game although in this case, the vitriol is more poisonous. They can take it and ignore the ignorance. I feel hopeful that there will be changes to our better good. With that in mind I want to share my vision of a better future and a return to the country it is supposed to be, where those in charge will keep the wellbeing of the peoples as the first of their challenges. I won’t list them –  you all know what changes have to be made.

I doubt very much that I will write another blog of this substance. It was screaming to get out of my brain. I write about Joe Biden, bereaved father, twice, widower, passionate politician who crossed the aisle on many occasions. He knows what has to be done and will do it only if………

WE ALL GET OFF OUR REAR ENDS OR GO TO THE MAILBOX (I believe they are being reinstated)   AND VOTE, VOTE VOTE.

These are my heroes. All were in combat in World War Two.

Sidney RAF and her brother, Arnold, Army, Albert Army and captured by the Japanese. Sent to the River Kwai in Camp 39 as enforced labour. Came home 6 feet, 3 inches weighing just over 120 lbs.

Wilfred, Army physician who opened Buchenwald. Austin and Ivor (foster brothers who are brothers) Royal Navy, Eric ( foster brother) RAF. John Royal Navy ( not family). Uncle Harry Army physician. ` Numerous family men and women, who began as taxi drivers and ended up as  ambulance drivers, fire fighters, air raid wardens, home guards in London. I honour them all and will never forget them especially Lawrence who protected me as a big brother.

Three of my cousins went to Dunkirk and two came back.

When people tell me, “That was such a long time ago. Aren’t you over it?  You should be by now”, have never served in anything.  They haven’t a clue what it is like to fear for one’s life so many times for six years. That’s what I want to know when they start on about Trump. They don’t know what service is. HOW DARE THEY DISRESPECT THESE EXPERIENCES. Today all those challenges have become lessons. I am grateful.

In addition, I hold this period in my life so valuable because it taught me so much about how people will share and care for those who lose their homes, possessions, and families.

It has allowed me to be empathetic to those in dire straits, in deep grief as I know loss. I also know love and it comes in so many different guises. One more important talent is the ability to listen. I can do that. These experiences taught me about trust, who to and who not to.

I learned to not compare myself to others or be judgmental. Above all it taught me humility. It taught me gratitude.

In the early days when I heard a German accent I would freeze. Then I saw a film and read the book called the Book Thief. In that book I learned that there were Germans and there were Nazis. It removed that resentment immediately. I am a work in progress, a perpetual student, not from book, from life. Of course, I owe a lot to Dr. Viktor Frankl, Anne Frank, and others.

And then there is Congressman John Robert Lewis, who taught us all how to follow through, not just talk the talk or walk the walk.

Because my story often ends on deaf ears, I will be interested to see how many respond. I know six will.  Hold hope in your heart, do your due diligence. This time we are voting for our lives. Sound melodramatic? Whatever.

With all this, I am optimistic. I listen to those with a  passion for this country who are determined to regain the American status it once had nationally and internationally.

BE WELL AND CONQUER MY FRIENDS. WE THE PEOPLE .

3 thoughts on “The Sound of Silence”