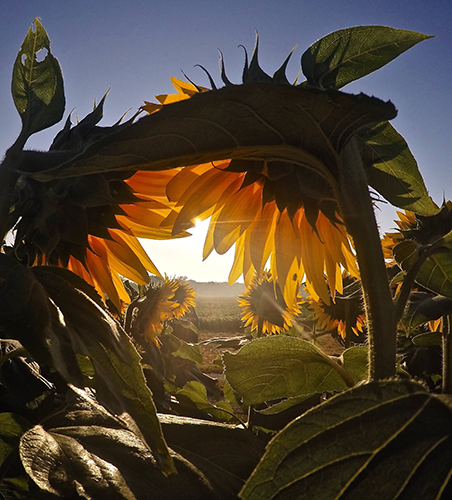 This is the fourth sleepless night in North Wales which isn’t too bad when one considers the time I have been posting blogs. Also, it is getting better and the sleep challenges have depleted. However, last night was different.

It was an awareness of life as I hadn’t seen it before.

It became quite clear to me, as it has to so many people, that each individual has to find their own way to deal with distress that is apparent in the global community.

It is everywhere as far as I can ascertain.  I am in touch with my family in London, friends elsewhere in the United Kingdom and Canada, Australia ( not as much as I would like to) and there is some comfort in the knowledge that we are pretty much in the same boat.

In the past I have written about how I cope when life seems to be overwhelming, the Serenity Prayer and how I perceive it is ever present.

Changing the negative to the positive affects the Universe.

I spoke with a highly intelligent person earlier this evening, who suggested this as a businessperson, dealing with some people who had no respect for time and involvement and cancel at the last moment. My immediate thought was “What did I do wrong?”

NOTHING I said. I have discovered what I can do, and I do it.

This is what I want you to do. Ask yourself what you did right. It’s the old glass half empty or half full and it takes training!

In addition to that, I have certainly discovered what stresses me the most and have removed myself from that social media claptrap. I pop in now and then and am in the process of finding how I can post my blogs where they will be read other than the splendid six who do read them. Not the last one however. There was little response and I think it was because I was very honest about not feeling strong – how I dislike that word.

Oh well, we all have our idiosyncrasies. Mine are part of my character and I am very fond of them.

Between Then and Now

Two nights ago, I was watching a recording of the Late Show with Stephen Colbert. As guests he had four of the original cast and the creator of The West Wing. Those present were Aaron Sorkin, the creator of the series, Martin Sheen, Richard Schiff, Allison Jenny, and Bradley Whitford.

I loved that show when it first aired and never missed a week. The acting was superb and the story lines made me wish it was real. The fictional story of The West Wing showed a reality, at least to me, as to how an administration could be – not entirely how I would like it to be.

It showed the positive and negative aspects of government, certainly not perfect but for the people. This evening’s presentation was to inform the audience that the show was coming back in the form of a play on HBO Max, on October 15th, 2020. Obviously, you won’t see this as it is already October 13th, 2020 but I am sure it will air more than once.

I gathered from the message it is about voting. These actors were very outspoken about the responsibility of the people and their voting or not voting decisions. It is in the form of a play, on stage with the original actors including Rob Lowe, Dule Hill,(Dule should have an accent on his name but I don’t know how to find it!) and Janet Maloney (one of my favourite characters).

They all discussed their roles and what it meant to them. In some cases, it changed their lives. Martin Sheen spoke of his friend, John Spencer, who played the Chief of Staff, who sadly died before the series closed.

If you are interested you can Google it and hear what they propose in this presentation and the Late Show, which I think aired on 8th or 9th October. I loved it. At that moment, I decided to watch the whole series from the start.  It is on Netflix and I have been binge watching it ever since.

What I discovered is the difference between then and now and that although there were differences of opinions there wasn’t the level of hatred we see today.

In some cases, people really did agree to disagree.  Certainly, there were threats from some opposing groups because that’s what they did and what they do.

There was a lot of humour as an option to stress.

There were so many aspects of life’s challenges, dealing with alcoholism, with illness, with joy and celebration. Regardless of their party I wish politicians loved the people as this administration did.

It showed the immense strain the people who worked in that environment endure and the amazing hours they work.

Years ago, I worked those incredible hours, and you know what? You just do it, and don’t think of the strain.  If you thought about it, you wouldn’t get out of bed in the morning.

Years ago, my son Daniel told me he was going to make a video of me and my work ethic. He said he would come up into my bedroom with a video camera (yes, it was that long ago) and I would be fast asleep with the phone in the bed with me. The phone would ring, and I would grab it and then say, “No, I wasn’t asleep – how can I help you.”

So, you get the picture that I understand dedication.

This was all pre-John, who pointed out my insanity which included the need to be needed. He really knew how to hit the alarm button.

To be honest, I don’t know why anyone would want to be in politics. Most of it is thankless and the critics are ever present and the press…oh the press.

Like the Royal Family from my country, it’s like living in a fishbowl.  Their private lives, such as they are, are under constant scrutiny and reported on a regular basis if seen with someone or being somewhere – anywhere.

Cameras flashing, microphones shoved in faces, misconceptions reported which caused mayhem, I know, some celebrities like it. Most do not.  Imagine what it would be like without a private life? I would dislike it intensely, being a very private person.

This is something I taught myself recently which helps my comprehension when it is challenged, which is quite frequently. It is all to do with fake news.

I will only believe something when I see and hear the statement or comment coming out of their mouths. Believe me, there have been some words I have heard and still not been able to accept what I was hearing which was bordering on complete stupidity and those who know me understand that stupid and stupidity are my worse curse words. However, I  have to say in all honesty, this has worked for me.

Back to the fictional West Wing.

Of course, after twenty years there isn’t much I recall so it is like watching a new series. So much of it connects with the administrations of the past twenty years. It is looking at history, not only repeating itself but where it went wrong. That‘s the honesty of the series.

It wasn’t – we are right and did nothing questionable. Situations were dealt with, not put under the rug with one of the character’s level of integrity being above and beyond.

That would be Richard Schiff. He was dour yet his logical brain, coupled with his compassion, made him someone to be reckoned with should there be any question of “should I or shouldn’t I?”

I don’t see anyone in that capacity today. I am sure there are some. They haven’t revealed themselves yet.  Ruth Bader Ginsberg was the last one and she would have been a perfection in this series.

As an historian, I am captivated by the examples people have shown in their comparisons with days of yore.

Some have become involved with lecturing, which is fascinating. It is amazing where the writers of this series found their research.  Upon checking their information, the statements are real and specific.

Historians amaze me and are so important to be heard. It is hoped that people who are not aware of the teachings within the Constitution could learn a great deal, especially when they are misquoted as they often are today.

An example experienced by one of my wonderful health practitioners, who is very aware of the strength of this virus, was shared with me.

A man entered her waiting room refusing to wear a mask. He had been a patient for years and said she was interfering with his constitutional rights to choose. Of course, after further abusing her, she said, “My house, my rules” and asked him to leave. “If you want to take the risk of Covid 19, go ahead. Doesn’t really matter if you get it. Just don’t give it to anyone else (which you probably will). This is how intelligent people see this behaviour.

What on earth does human responsibility have to do with the Constitution?

How many Americans have read the Constitution I wonder?

As an immigrant it was required reading for citizenship which I only took because my children had done so before me, my youngest Daniel almost on his 18th birthday. It’s an amazing document and when one fully understands the reason for its compilation, it is even more incredible.

Why is it that people misconstrue it? Silly question. To make it fit their requirements of course. A vast amount of people do this. It’s really quite laughable if it weren’t so serious.

The West Wing takes into account illness. At one point they were worried about the uprising of smallpox. Because of its stability over the years, there was no more vaccine. It hadn’t been considered necessary for a very long  time.

The fictional TV conversation between the President and the Chief of Staff is what is missing today. Their only concern was to get back to the scientists immediately to start working on this emergency. Makes you heart feel good, doesn’t it?

I have learned a lot of things since my last blog. John’s daughter Helen made it quite clear in one of my postings that I have to learn to avoid messages that are deleterious to my health and wellbeing. She wrote it quite clearly and I listened.

So, for all of you who are being upset by toxic people and material, get rid of it all. You can you know.

Not only people and material but what you watch on television. There are certain hosts whom I respect and no longer watch because they report on what can’t be done – it is out of our realm.  Why would they do that I wonder?

We are intelligent and know what’s going on without the fear tactics that are so persistent. Certainly, for the next few weeks it won’t be a challenge as I will be watching the four years of The  West  Wing. In addition, I have  treated myself to purchasing Acorn television and Brit Box, so I go to bed laughing.

Does that mean I am an ostrich? Quite the contrary.

It  means that I know where my support is going, and I don’t need anyone to tell me otherwise. Remember  – Be well and Conquer. The West Wing is helping me through it!

Tonight, I will sleep!

One thought on “Sleeplessness Interruptus – Awareness of Life”