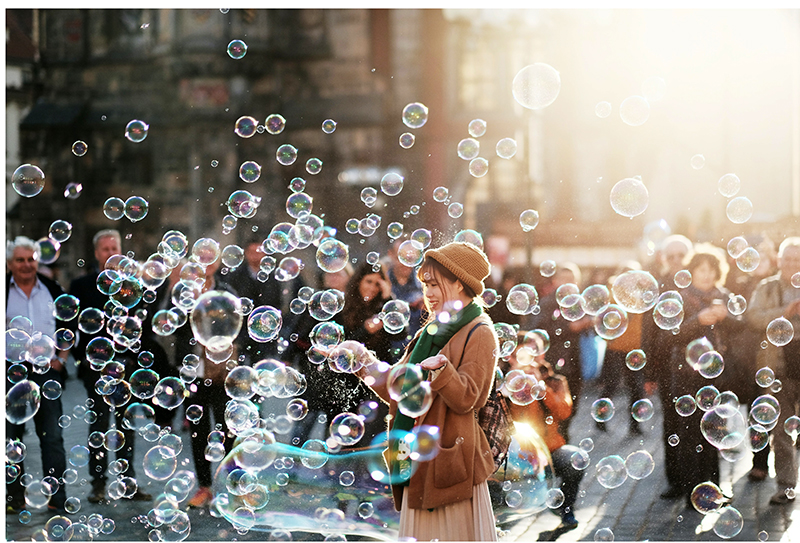 I have heroes and heroines. Some have been in my life for years.  They all play a significant part in my attitude towards life.

The Dalai Lama says, “This is my simple religion. There is no need for Temples. No need for complicated philosophies. My brain and my heart are my Temples. My philosophy is kindness.”

It seems that I have to have triggers to encourage me to write positive statements which are from the heart.  They are so important at times like these when so many people are filled with fear and feel beaten down.

For those people I say we are on a journey without knowing the destination. This is so important.  It means that we do not control the things we cannot change. As for the rest, we have to let it go. A day at a time and sometimes it is a minute at a time.

This morning, after quite a noisy snowstorm, a man called Chris came to my back door. He usually comes each year to clear the snow and here he was. I was pleased to see him.

He went on his way to clear the snow of which there was a great deal. It took a while and then he came to the back door to tell me he had finished. As I went to pay him he said, “No Yvonne. This one is on me. Happy Christmas”.

I was so surprised as this wasn’t just him being a helpful neighbour. This was how he made his living. And there it was, another positive trigger, because I started to think of all the kindnesses I saw and took for granted, especially now with being overwhelmed by the negativity in the world.

In so doing I remembered my heroes and mentors. You know so many of them as I refer to them when I write and when I speak.

Here are some of them.

Dr. Viktor Frankl, who wrote that people make conscious decisions on the way they feel. He wrote that while imprisoned in a Auschwitz concentration camp.

Nelson Mandela, who said as he left prison after 27 years to become President of South Africa, “If I kept the hatred and bitterness, I would be in prison for the rest of my life.”

Mahatma Gandhi, the founder of modern India, who said “Be the way you want the world to be. I will not let anyone walk through my mind with their dirty feet”.

So many it would take up the entire blog.

Muhammad Ali said, “It isn’t the mountain ahead to climb, it’s the pebble in your shoe.”

Humour is everything. I am sure you have heroes of your own.

Then there are other heroes who use their kindness in different ways such as the medical teams in this pandemic who put their lives on the line every day.  I have four in my family and I pray for them every day, surrounding  them in bright lights of protection.

Ah! I said the word prayer. I always had a challenge with that as I am sure people in the Holocaust prayed, as they continued for many years to suffer, just as anyone who is persecuted prays. Then I came across the following that changed my mind immediately. Written by that well known author Anonymous. Someone must have written it, but it wasn’t me.

What is a prayer?

“Prayer doesn’t just happen when we kneel or put our hands together and focus and expect things from God.

Thinking positive and wishing good for others is a prayer.

When you hug a friend. That’s a prayer.

When you cook something to nourish family and friends. That’s a prayer.

When we send off our near and dear ones and say, ‘drive safely’ or ‘be safe’. That’s a prayer.

When you are helping someone in need by giving your time and energy. You are praying.

When you forgive someone by your heart. That is prayer.

Prayer is a vibration. A feeling. A thought. Prayer is the voice of love, friendship, genuine relationships. Prayer is an expression of your silent being.”

Coming from a wartime military family, I pray for those who sacrifice their lives to protect us. They go to war because others decide to declare such an event while they stay at home safely in their bunkers.

I am honoured to work with veterans of foreign wars and how they help their brothers and sisters is heartwarming. Not only the military but the families  that stay behind praying for their return, who go to work, raise their children, and support one another.

Heroes every one of them.

Possibly surprising, may be the Royal Family in the United Kingdom. They all served in the military and went into combat with their units  – yes, in combat. No special treatment.  Blessings to them.

I love those who use their fame to raise funding for people in need. I dislike those who don’t. Heroes in my life of violence who were there for us and rescued us from the horror – ordinary people, they say. I say not really. They were like millions of people who use the gifts they were given.

Love, compassion, assistance, feeding the hungry, rescuing people from abusive homes, people who rescue animals and find them a peaceful home. So many unsung heroes.

Fire fighters – got and had a lot of them in my family. The stories they can tell, and they all say the same thing, which is “Just doing my job”. ( Wrote a blog about that one).

First Responders, Police, Ambulance and then there are those people who are Monday morning quarterbacks I believe you call them in this country, who have so many criticisms and never move their arses from the chair to help anyone.

There are countless organisations  that operate on a financial shoestring to bring hope and comfort to those in physical and emotional pain. Places like Victims Services of Montgomery County are among those who help survivors who have been raped, or who have had a member of the family murdered. There are too many to count but there is also Laurel House who help abused families. They are out there. There is  Gilda’s Club, founded by the family of Gilda Radner where I am honoured to be a volunteer.

This pandemic hasn’t stopped them from reaching out and caring about cancer patients. Again, there are so many people doing incredible things.

Then there’s the patients themselves who support and care about others who have been diagnosed. I have a lot of heroes in my own circle.

My late husband, John, who taught me so much about who that woman was behind the professional front. Who exhibited such courage and compassion for those in need, especially the mentally ill. It took him a year to introduce me to myself and now I do that for others. What an unexpected gift.

I am  privileged to work with bereaved families who have lost children to death. They astound me in their compassion for one another. They truly care for those who endure unspeakable pain when their child dies. I am inspired by them and even more that they trust me.

It’s a simple thing –  use the gifts you have been given.

There are veterans like Ferdie, a Marine who sends me messages of hope every day. He was in the team that took out Bin Laden and serves in the Philadelphia Police force today. Such a compassionate man who, as he says, has my back and a lot of other people too. Josh is another Marine who has taken a troubled child under his wing. He didn’t have to, but he did anyway.

My family, who I raised virtually alone, all give their energy to help people above and beyond. The people they married do too. They all serve in their various ways and I am so in awe of them.

School teachers are often overlooked as heroes. Their dedication is astonishing and in some areas use their own money for school supplies. Let’s hope 2021 will bring more substance to education with DR. Jill Biden at the helm.

I hear a lot of people say – they have the summers off, and the school day isn’t that long. Really? When do they grade papers? When is the preparation for the next day’s classes? Who offers private tutoring FREE OF CHARGE? I know teachers. They are incredibly dedicated to children, and some have given their lives to protect them. Yes, there are rotten apples in every profession including my own.  Very few, however.

One of my favourite sayings from Dr. Viktor Frankl is “They can do anything to my body, but they cannot touch my thoughts.”  It’s a bit like Gandhi’s quotation. I learn from these people, all of whom have suffered  unspeakable treatments born of hatred. That’s something that needs to be eliminated, especially since it has been encouraged over the past years.

Who are your heroes? I haven’t even touched the list I have. There are “ordinary  people”. I wonder what that means.

We are all unique in our stories. It is love and compassion, music and laughter that keep us intact. Look to yourself. Edie Weinstein, whose heart is as big as the world has to be held back at times as she is so passionate at helping people becoming the Bliss Mistress and the Hugmobster.

Jody, who is so gentle yet blatantly honest and filled with love. Truly I could go on and on.  One of my other heroines (I am old fashioned) is Kim Krause Berg, https://creativevisionwebconsulting.com/  who takes care of my blog. A passionate horsewoman who has encountered so many challenges recently, yet keeps on keeping on.

That’s the phrase that is important. Keep on keeping on.

If you don’t think  you have hero qualities understand that if you suffer with anxiety or depression, yet get out of bed in the morning, have a shower, look in the mirror and greet yourself and then get on with the day – you are a hero.

My beloved friend, Dr. Dan Newman, does so much caring and supportive energy, I wonder he has time to breathe. The blind skater (see  YouTube) Stash Serafin teaches sighted people who want to learn to skate and his volunteer work is right there. He really believes we can change the world.

As you can imagine, I can go on for pages. Suffice it to say that within all of us there is that beautiful person who knows they can make a change even if it’s attitude or spiritually which means in my definition, of the spirit.

Blessings to all. Have any kind of Christmas, Chanukah, Kwanza, New  Year you like. We are looking at a new world in 2021.

Photo by Alex Alvarez on Unsplash

One thought on “Positive Triggers”