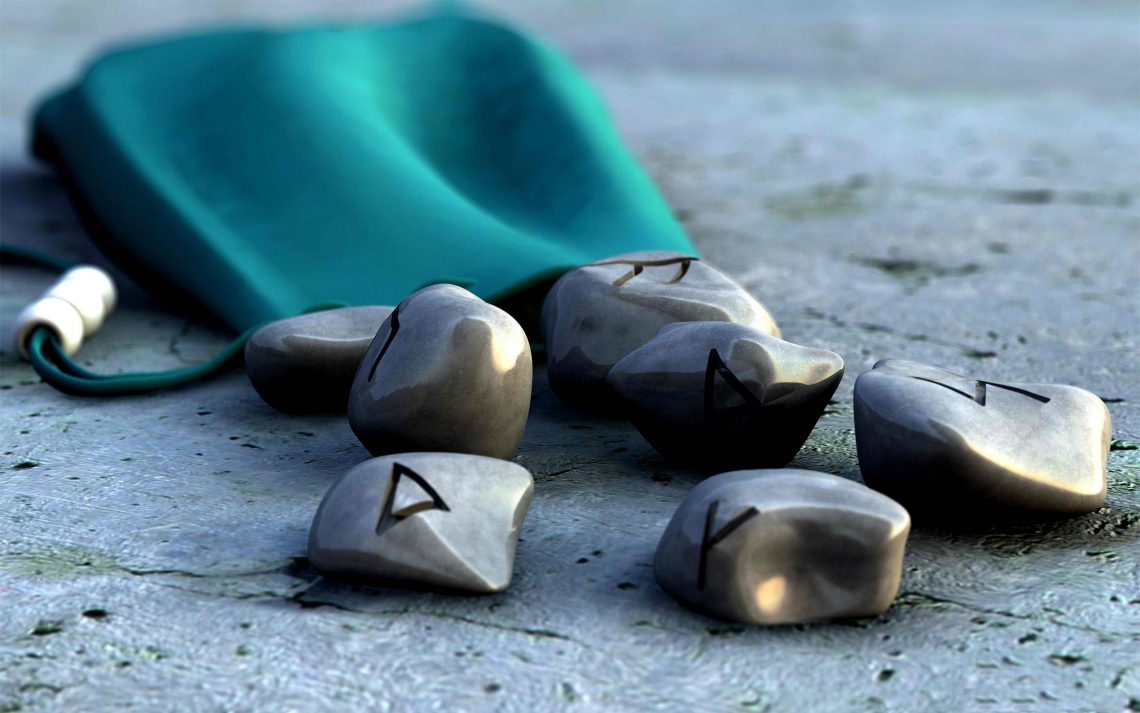 My little cat, Della, was not feeling well. She is John’s cat and regardless of some people’s cynicism, I know both she and Daisy, the other cat, are still looking for him. After all, he was with them all the time.

Now they are frequently on their own. When Della was first unwell, it was suggested to me that she might be picking up my concerns over the political situation. This is possible. I rarely dismiss anything that strikes a chord with me. My marvelous visiting Vet, Dr Jeannie Ludlow, Penn Trained and wonderful, came to my home to help. I was very afraid when Della was so listless and throwing up the little she would eat. Then, I had an enormous support from my Reiki friends and others who prayed for little Della.  The fear was there.

Some members of my delightful, incredibly irreverent family took me out to brunch this morning at the William Penn (yummy) Inn for a belated birthday present, which is what I had needed. I wasn’t feeling well on my actual birthday and I think I got more out of it than I would. The election was over and I was surprised at the  statements made from one, whom I thought to be a Trump supporter and never asked, of his assessment. So right there and then, the conversation removed one of my fears. More of this later.

I was supposed to see a very dear friend, Maryanne, that same afternoon, but when I got home I found Della in my bedroom, having brought up all the food she had consumed the day before.  I cleaned it up and then she disappeared. I couldn’t find her anywhere so I telephoned Maryanne to ask her how long I would be with her. You want the definition of friendship? I told her I was concerned about being away from Della and she said not to worry about it, that we can get together another day. “Take care of her and yourself,” she said and then she told me she had to put one of her dogs, a Boxer, to rest recently, so she understood. Last minute changes and she didn’t care. That’s a friend.

What The Rune Stones Had To Say

Della appeared in the sun room.  It is so hot in there. Whatever it was, she liked the warmth, so I went out for a while and then I decided to clean up a little. On one of my chairs I found the Angel Cards, lots of others and my Rune Stones. I took them all into the hot room and picked them out, one for me, one for Daisy and one for Della. Incredible. If you are not conversant with the Rune Stone it would be a good idea to Google them and read. These are the Healing Runes and I actually saw an original when we were in Ireland inside a tiny church they called a Cathedral. It was enormous. The book is called The Healing Runes by Ralph H. Blum and Susan Lougham. This particular edition speaks to recovery and is compassionately brilliant. They are ancient healing stones and quite remarkable.

I re-entered the hothouse armed with these healing aids as I see them and started to pull the stones from the little velvet bag that contains them. The first one I held was for me. It was Gratitude. I have written on the subject at length over the years and was able to, as ingratitude haunted me from time to time. I did the gratitude list and then I didn’t, which meant I stopped being grateful for what I had, and focused on what I did not. This was the present when the uproar of hatred and venom during the election took over………..for a while. So the stone was timely.

As Della and Daisy were out there in the heat with me (which shows how dedicated I am as I dislike the heat intensely), I started to read to them. To quote a passage or two….

“WHOSE LOVE HAS TOUCHED YOUR HEART?” was the very first question. Ah yes.

“BE GRATEFUL THAT YOU FIND YOURSELF IN THE COMPANY OF PEOPLE WHO ARE SUPPORTIVE OF YOUR LIFE.” Without a doubt. Incredible family and friends who can accept our differences and love anyway.

“HOW GRATITUDE FROM WHOM YOU SEEK HELP WHO INSPIRE YOU TO DEEPEN YOUR FAITH IN YOURSELF.”  And then this…

“FROM DEEP WITHIN, KNOW GRATITUDE FOR HAVING SURVIVED THE ANGUISH OF THE PAST. IF, EVEN NOW, YOUR LIFE IS BEING CHALLENGED AND TESTED AND YOU HAVE MADE IT THROUGH ANOTHER LONG AND LONELY NIGHT, BE GRATEFUL FOR YOUR VICTORY.”

I had to stop writing for a while before I picked Della’s stone, which turned out to be Boundaries.  I read it to her.

“PERHAPS THE CHALLENGE  YOU ARE NOW FACING REQUIRES THE COURAGE TO SAY NO TO SOMETHING THAT NO LONGER HAS A PLACE IN  YOUR LIFE.” That would be me, shouting and screaming over current events. When I got really angry, they would scoot out of the room and I remember clearly how John would withdraw when I got angry and at times irrational. Even though he was my anchor, he didn’t have to like it. Obviously, Della was emulating her BELOVED DAD.

The way I felt about him, that nothing was too much to care for him, so I will do for my beautiful Della.

Then came Daisy’s turn. She has always been neurotic and has been so challenging at times I regretted adopting her. She has her moments, but is very needy and with all the situations that have recently bothered me, I was very little help. Can you believe her Rune stone was  Fear? It was so defined for her and the current climate in the world.

“REMEMBER THAT FEAR USUALLY CARRIES WITH IT A SELF-FULFILLING PROPHECY. WHERE FEAR STILL GRIPS YOUR LIFE, THERE YOU WILL FIND YOUR VICTORIES.”  As a thriver, rather than a survivor, I have lived this and when I found myself caught up in the “what ifs”, I had to step back. Daisy cringes when I put my hand out to stroke her. I have never hit her and will not. With rescues, one just doesn’t know what they have endured before we get them. So I understand that. In both these cases I had to really take a good look at how my own behavior had possibly caused that feeling to increase in her. Certainly, the fears and the yelling that accompanied the news casts, which I no longer watch, were a possibility. I don’t know her history, but the next quotation clarified it.

“FOR THOSE OF YOU WHO WERE CHILDREN OF ABUSE, FEAR WAS YOUR HERITAGE: IT CLOUDED EVERYTHING. BUT THAT IS NO LONGER THE CASE., THIS RUNE IS A GENTLE REMINDER TO ACKNOWLEDGE THE POWER OF CHANGE.”  I read that three times to Daisy, taking note of my own lesson to be learned. It is to be noted that Fear lies between Hope and Compassion on the Circle of Runes.

Later, I went out to check on Della. She was having a wash, a good sign. Cats are so clean. I decided to pull more stones later on and see what messages I would get. This would be a good book for a Christmas/Chanukah/Kwanza/anything else gift, in particular, for those in recovery from something. We are all recovering from something. When I speak I always introduce myself as “Yvonne Kaye, recovering lots of things.”  ‘Tis the truth.

Some people are very skeptical about these healing tools and refuse to partake. I was doing a training once and a new participant said, as soon as she saw the Angel Cards, “I am not doing any of that stuff”.  You don’t have to believe it. It isn’t fortune telling. In my experience, they tend to either hit the nail on the head, or make one think.

With the people I train who do this, they are always surprised at the accuracy. After all, if one cannot afford therapy due to the Insurance Barons, this is the next best thing. On reflection, it is the best thing. So whilst I am writing this blog, I am going to delve into the velvet bag and pick a stone for all of us. Stay tuned.

I went out to find the bag and the Princess disappeared again. I believe more reading is in order. So here is the Us stone…………………………SURRENDER. Oh goodness. I picked something so challenging.  In the past, it meant giving in or defeat. Not anymore, so let’s see what the book has to say.

“SURRENDER IS THE HIGHEST FORM OF CONSCIOUS CONTACT WITH THE DIVINE.”

Taking a little break here… In my definition of the Divine, it is anything that wonderfully takes your breath away. Not a God, not a religion, unless those two do take your breath away. A lot of people miss out because they are either told or have it drummed into them what the Divine means. I’m telling you – it is whatever takes your breath away. For example, whenever we touched down in Shannon Airport, no matter how many times, it took my breath away. Or, a sudden stop in my day to know I was the recipient of unconditional love, which I heretofore only believed belonged to dogs! So many thoughts on conscious contact.

“ON THE HEALING JOURNEY, SURRENDER MEANS RELINQUISHING CONTROL, FOR IN SO DOING WE ACKNOWLEDGE OUR READINESS TO HEAL. YOU ARE BEING ASKED TO LET GO OF YOUR NEED TO CONTROL THE PRESENT SITUATION OR TO RELEASE ANY PAST EXPERIENCE THAT CONTINUES TO TROUBLE YOU,” the book explains.

I can hear the mutterings now, like “Alright for you to say – it isn’t that simple”. Don’t I know that? I’ve been fighting this catastrophe my whole life. It isn’t over yet.  I keep getting into the driver’s seat and wondering why the gears don’t work. Every so often that little imp crawls into my brain and tells me I should not put up with it.

IT is a very big word, so this is how I take care of it. I look to my own part in life, my life and can go very deep indeed. It’s not a good thing to do as I tend to get tangled up in my own intestines. So, I do what I recommend everyone else to do, which is to talk with someone I trust and above all, LISTEN. At times when I am completely at a loss as to the next step, I might hear what I don’t want to hear. That’s the time I need to shut up and think about what it being said to me by someone who really loves me and is in no way intimidated by me. My children have always said that their mother’s danger area is that part between her nose and her chin!

So, I might argue the point, that I am not like other people and then I’m told that I’m more like than not like. I have to have people in my life who will be that honest. Is it uncomfortable? You betcha. Then, I come down from my mountain and become real again. I stopped licking my wounds years ago, and every so often I feel the past and see it as a miraculous lesson. Would I have liked it an easier softer way? Again, you betcha. It wasn’t.

In my gratitude, I embrace my victory.

One thought on “Magical Rune Stones”