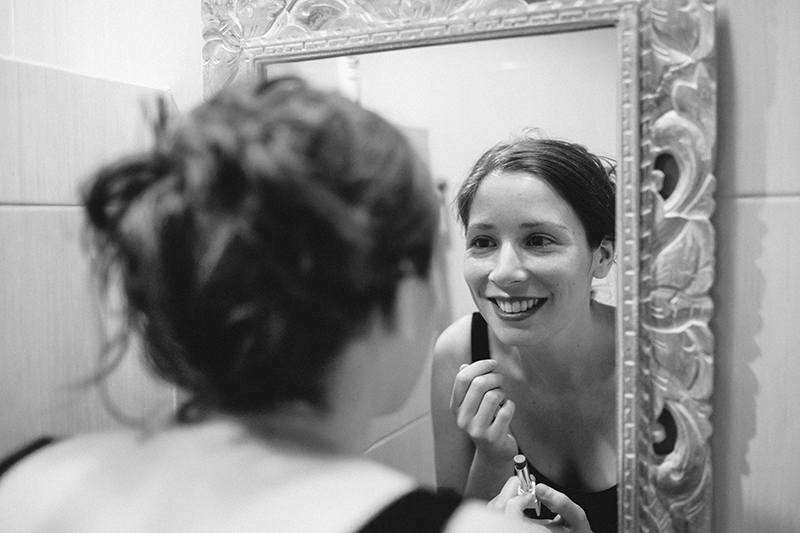 Just recently I conducted a memorial service for a man whose family wanted it to be more of a celebration of his life. He wasn’t very old. They told me a lot about him.

They described him as hilarious, compassionate, a people person, and generous. Most of all he adored his family – his wife and two daughters, sons in law and grandchildren, his twin brother and other members of the tribe!

They told me he had a laugh that would bring the walls down and that had he had known me; he would have had my accent to perfection within three minutes.

Moreover, he would have discovered the events of my life and where Brixton is! He and his twin and were inseparable. He was close with his beloved sister too. We had a beautiful experience planning this celebration. They were not religious but very spiritual, which I love, so I suggested they start the programme with Imagine by John Lennon – one of my favourite songs.

I spoke with his wife and daughter, as the other daughter was about to deliver her second baby just before the meeting, so I had an email conversation with her. She had produced a magnificent book of photographs with times they all shared, they were really close, and told me she would like to speak. Of course I welcomed that since I always open the service to anyone who would like to share a story. Usually they are very funny.

There were many people in attendance on that bright sunny day.

There was a lot of laughter, which was to be expected, and when they were all seated, Imagine came on and silence reigned. I had some readings, mentioned the conversations we had had with the family and I, which brought some laughter.  And then, his daughter came up in front of the gathering, having delivered her baby the day before,  to speak of her father.

She told them all I had mentioned. His camaraderie, the love of his wife, daughters, sons in law,  sister and brother, how he made people feel comfortable and could ‘work a room’. Always the life and soul of the party and people loved him and thought him to be a special man. At this point she said, “What a shame he couldn’t see that in himself”. I put my hand to my heart as her words had landed there, solidly.

On the way home, I couldn’t stop thinking about that statement and how many people are in that position, myself included.

Last time I wrote about care-sharing and I wonder how many who are ‘sharers’ ever accept those accolades for themselves. That day and those words changed a lot of my teaching and training skills. I feel different when I am working with people in the helping professions, volunteers and students.

How do you feel about yourself; I ask?  Take a piece of paper, I instruct them and down the left side write what you do not like about yourself. No problem there – they could have filled four pages.

The next part of the exercise was to write on the other side of the paper what you like about yourself. Such hemming and hawing, rolling eyes, wiping sweat off their foreheads. I told them I wasn’t asking them to get up and read their words out loud – just write them down. It was agony for some of these professional people. They simply could not do it. Food for thought indeed.

During the following discussion, I asked them why it was so hard for them to imagine their strengths, skills, and delights. The result was they were more for their clients than themselves, that in some cases they took responsibility for their relapses, their illnesses, when in fact they were powerless over such events. It is a major challenge to accept that and I usually tell them I wasn’t aware they had power over life and death.

It simply doesn’t work that way. People can care for one another – they cannot heal, cure or relieve their feelings. Human beings are responsible for their own progress no matter which way one looks at it.

I belong to a support group. How could I do what I do if I didn’t? One of the one-liners is, “I am responsible”, and that simply means that it is my responsibility to deal with whatever life presents. It’s that remarkable saying, “It isn’t what life gives you, it’s what you do with what life gives you,” and the snappy catch answer is you alone can make that decision. YOU ALONE.  However much we seek advice, whether the advice be acceptable or not, the decision of what one does with one’s life is a solitary one. We can listen to ten people and get ten suggestions – in the end, we decide.

The brilliant Joe Weldon, who has an amazing way with words, tells us that if responsibility is just too overwhelming, think of it as the ability to respond.

We all have our stories and challenges. We tend to carry that which we learned growing up believing, that the Big People in our lives were right. That’s what my first book was all about. If any of you heard unceasingly that, “You’ll never amount to anything, why aren’t you more like your cousins?”, it is time to release it. I recall hearing that over and over again from relatives. What they didn’t know is that on a subconscious level even at the age of eight, I said…………watch me!

I firmly believe that all the challenges people have in their lifetimes are lessons. My main mentor was Dr.Viktor Frankl, who wrote an amazing book called Man’s Search for Meaning (today it would be called Human’s Search for Meaning).  He said, “People make conscious decisions on the way they feel”. Sounds fine doesn’t it? A worldwide, totally acceptable man, a psychiatrist and goodness knows what else. All right for him, we think. Only he wrote that book in Auschwitz Concentration Camp. His parents, pregnant wife and brother went to other camps.

When I read this book, under duress I might add, my life changed. It became my bible. It is in the top ten of all time and it is a story of love and life after survival. One of our cousins, an Army physician, opened one of those camps. A nightmare. Yet Viktor Frankl survived. It isn’t an easy book to read but every one of my prisoners, including lifers, have to read it. Somehow it puts our challenges into perspective and shows how we have choices. To be or not to be said the Sage. I am unapologetic that I mention Dr. Frankl in many articles I write and certainly whenever I speak. He simply fits in with everything I do.

I pondered for a while sitting in my car in Peace Valley Park. Why is it that so many people do not know their worth? Easy. Most of them were raised in believing that their self esteem meant bragging. George Bernard Shaw said, “If you can do it, it’s not bragging.” Yet I believe that people feel they are ‘showing off’ if they know their inner beauty, compassion, honesty. This brings me to another phrase that surprises me.

How many times have you heard that, or perhaps said it yourself. I admit I have challenges in seeing me as others see me. I am getting better and that old message in my head  –  you’ll never amount to anything – has almost faded away.

It took years and a supreme effort by the unconditional love in my life, John Renshaw Roberts. (More about him –  A LOT MORE ABOUT HIM – in my upcoming life story.)  Sometimes it simply requires someone of trust to argue the point.

Some unsung heroes of mine are firefighters. I had a lot of them in my family during the war in London and three current members of my family. When I think of the risks they take rescuing people from burning buildings, their own lives at stake, I am in awe. When I talk with some of them in a group this is what they say. “I WAS ONLY DOING MY JOB”. Same with the military  – you name it, it was that they were just doing their job.

There are job descriptions. However, whatever dedication is involved, whatever accountability is in place, how a person does their job differs enormously. I often think of that New York Police Officer directing traffic in the most dangerous of situations. What does he do? He dances. Very funny and effective. He has drivers stuck in traffic laughing their heads off. He knows his job description and this isn’t in it – he is creative. It works.

In all this, laughter is so very crucial to how we live our lives. That one word that makes all the difference – never at, always with. Laughing at oneself is unacceptable. In fact I literally cringe when I hear it.

Laughing with oneself is being part of that glorious feeling of adjustment to circumstances beyond control.

I have a friend. His name is Stash Serafin. If you go onto YouTube and log onto and write in his name/blind skater you will see him perform. He is blind due to an error in oxygen application when he was a baby. He competes and teaches sighted people. He has never seen the ice and some engineers wanted to fit his skates with a small mechanism so he could complete a figure eight. The Olympic Committee (don’t get me started!) refused, saying he would have an advantage. HE’S BLIND. It didn’t stop him performing elsewhere without complaint. His book, available from Amazon, is You Can’t Get It Cause You’ve Already Got it! See? I am surrounded by teachers and so are you.

We all know the difference between egomaniacs and talented people. Obvious. People with healthy egos do not talk about their abilities, talents, dedicated professionals – they just do it. It is obvious with their stance, direct eye contact, warmth, touch (when permissible), ability to listen and so much more. There is a simple answer to those who speak of these people and their attributes. Thank  you.

I admit that at times I don’t understand how people see me. Just today I was at a seminar lead by a very successful  businesswoman who I only knew by reputation. She greeted everyone warmly including me and she asked for my name. I said  Yvonne Kaye and she stepped back and said something like OMG,  Yvonne Kaye? At that point I went numb, so I’d have to ask my friend Edie, who was standing near me about what she said after that. I was literally in shock. Edie – what did she say?

I remember it was something like, “I am so glad to meet you!” Another woman insisted I was her angel.  She was in a group with me about 25 years ago and quoted me chapter and verse. I was astounded and it isn’t fake. My close friends know this about me but what I do not say is , “It’s just my job.” I usually put my hand on my heart and thank them.  It took me  years to do so. I was one of those people who couldn’t accept a compliment about anything. Now – bring it on I say.

Be well and conquer.

One thought on “If Only They Knew”