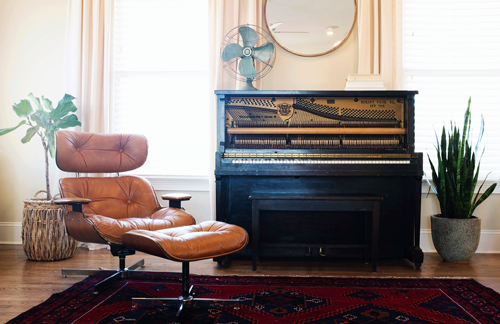 “If music be the food of love, play on. Give me excess of it…” and the rest of Duke Orsino in Shakespeare’s Twelfth Night dialog is immaterial for this writing. He is pining for some wealthy woman who doesn’t like his attention. So that’s all there is.

I found that music is as much an underrated healing as humor. Both are exquisite in many aspects of emotions.  When I work in rehabs with recovering people, I ask them – what takes your breath away? Inevitably they say its music, animals and nature.  For me, music can soothe the savage beast and there’s nothing like a belly laugh to restore my soul. 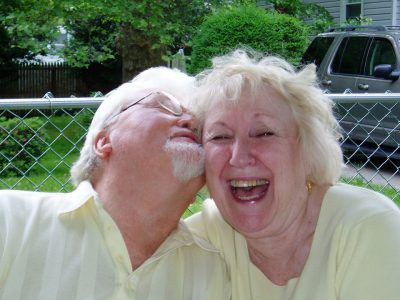 However, these past few months have been deeply saddening for me. It is very personal in that I am living what I have taught for years about grief. I am not going to generalize but most people have found the second year of loss far more challenging than the first, certainly regarding holidays. I have quenched my aching soul, my vulnerability, to continue my work, for which I am grateful and see friends and family on a limited basis as they have their lives and are very busy. The pain is very evident to those who ‘get it’ including some of my grandchildren. It manifests itself in being uncomfortable with a lot of people and much better with just a few. It isn’t that I want to be with people so I can talk about John. It’s that I am with those with whom I can talk about him if I want to. Most of the time, I don’t because I write to him every day, lovingly and at times yelling at him because I want him here. Loving kind people who knew us both have said, “I wish I had had a love like you both had”. The deeper the love, the deeper the pain and no two people experience the same feelings. We are individuals in grief, but connected in experience.

This evening I was feeling especially empty. I didn’t want to telephone anyone, even though I know I could, so someone rang me and his words helped. I haven’t been watching television, certainly not the news. I recorded a few shows that I will probably watch at some time and see a lot of DVDs, mostly Brit stuff. Yes, on top of everything else I am very homesick. I turned on the television, and flicked through the public channels and came across ROCKTOPIA BUDAPEST. I would imagine many people have seen this, but I hadn’t and from the first moment I was enchanted. At times I literally had a jaw drop. It is absolutely amazing and when I went on the website, I discovered that it travels all over the country, possibly the world, in local theatres and symphony halls.

Rocktopia is a fantastic merging of classical music and classic rock. The performers, some of whom were opera trained, were astonishing.  In the Budapest production, the sixty-five-piece orchestra plus a forty-member glorious choir were outstanding. There were rock musicians in the forefront and the drummer, Alex Alexander was incredible. I have a drummer son and he says he doesn’t need therapy for anything! I understand that. When he lived at home, I would go into the basement and bash away at those drums, feeling much relieved. I hadn’t heard of a lot of the singers and there was one young man whose name I do not have, who reminded me of a young David Bowie.

Others you may know. Rob Evan who created the whole thing, Chloe Lowery. I was charmed to hear favorites of mine I hadn’t listened to for years. Dream On. Ode to Joy. Sail Away – Styx. Alone – Heart. Others like Teenage Wasteland and Don’t Stop Believing. These were interspersed with arias and sonatas along with beautiful classical productions. The primary guitarist – oh I wish I knew their names – was brilliant as was the classical violinist. They all blended, from symphony to rock. I was stunned. It was breathtaking. As I was watching all this, utterly spellbound, I was aware of my shoulders relaxing, my breath deepening, my spirits rising. I don’t think I have been so involved to the extent that I was unaware of anything else around me except …………….John’s photographs on the mantelpiece. He seemed to come out of them and be with me in spirit. I am going to buy the DVD as there are bonus presentations on it and I will share it with anyone who would like to see it.

John wasn’t particularly into music. He loved Paul Robson and one of his favorite songs was by another artist, Nat King Cole. Ironically, I dislike this song intensely. It is called SMILE. “Smile when your heart is aching, smile even though it’s breaking.  If there’s a tear if it’s ever so near just smile…” I can’t write anymore as it couldn’t be more diametrically opposed to my beliefs. That’s where John and I were so different. He liked the song because that’s what he did. Never complained, always cheerful, not wanting to be a nuisance or burden, which of course he wasn’t. I believe that was part of his illness. My attitude to life is what’s on the lung is on the tongue! Not that I am advocating moaning and groaning, but taking care of what ails me is important otherwise what good am I to anyone especially myself. 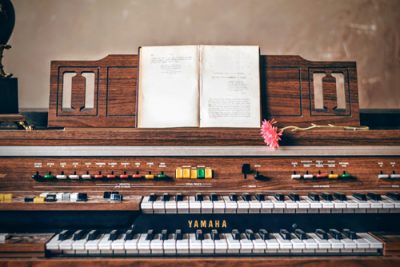 Music is magic. It is ethereal, whispering, shouting, soothing. It is love. When I present, I ask people, “If you are a dreamer, what do you dream? Even if you think you won’t achieve it, what is it?”  They respond but the majority of their responses are more like pipe dreams in their opinion. Then I play the first several chords of Beethoven’s Fifth Symphony. Most of them know what the piece is and then I ask, what was so special about Beethoven, who wrote some of the most beautiful music in the world?: Some are shocked when I tell them Beethoven was deaf. He never heard his own music. That particular piece of music was the sound of ‘the bombing is over’ in London. The first three notes became an SOS at that time.  I talk of my friend Stash Serafin, who is a competitive ice skater, blind and has never seen the ice. He teaches sighted people to skate and is one of the most spiritual men I have ever known. When I watch him centre himself on the ice, it is the music that touches his soul and helps him to perform his personal magic. Look him up. He has a website on which there is a video of his skating. Remarkable isn’t a good enough description of his talent and dedication.

I recall watching Dancing with The Stars, which I don’t often do as the judges irritate me. Last year I believe was a man who was deaf and danced exquisitely. It was beautiful to watch him perform. Then we have Ray Charles and Stevie Wonder – speechless when they perform. Some years ago I watched a rather pathetic interview with Stevie. The interviewer asked if he could have any other disability rather than his blindness what would that be. Stevie answered – nothing. I would be devastated to lose my hearing. So true for him. The only musical instrument I can play is the stereo, but what that produces is bliss to my ears. I am so grateful to have my hearing capability.

In the Addictions community, there used to be a reluctance to have music as part of the recovery program. I wrote an essay about its value and when I do their Sunday Service I play a lot of music that relates to their journeys. This is what I wrote:

“Music, like laughter, can release endorphins from the brain and create calm and relief from confusion. It is always to be stated that music cannot mask the process and instead, enhances it. Different kinds of music create varying reactions. It depends on the listener’s preference and even that can cross barriers. Songs with specific messages – and I am thinking of all kinds of recovery in particular  – often bypass the brain and touch the mind, which could be described as one’s heart and/or soul. In other words when asked, oftentimes the listener cannot explain what happened – it just did. Music often works when words do not. It is a release that allows the listener to verbalize some elements of pain and fear. It can be considered a safety net.

An example of helping the confused patient would be music by Mozart. This enhances the brain in the sciences and mathematics, but mostly creates a level of insight not recognized by conscious receptors.”

Music performed by people who have faced serious trauma and lived after survival has a special message. It’s a kind of ‘you can do it’. During trauma oftentimes it is music that brings people together. “Brave” and “She Used to be Mine”, by Sarah Bareilles, Bowie’s, “Changes”, “You Raise Me Up”, “Man in the Mirror”. There is much to choose from.

Corporations, and in particular supermarkets and department stores, have been using music as an incentive to purchasing goods. Music is critical in the treatment of coma patients. This has been common knowledge for years. It definitely helps and now the rehab plays music a lot. It helps, as does dance, art therapies. Relaxation and Imagery too. Alternative ideas can be matched with conventional treatment. Music Matters. This is why it is essential to support the Arts in our schools. So very important as they being threatened today.

I have CDs in my car. Depending on my music needs, I have Beethoven works, Tchaikovsky (if I could spell it), Royal Philharmonic Orchestra. Holst The Planets

Currently it has been Queen with my beloved Freddie Mercury. Bowie – of course. Some Beatles, more Freddie Mercury. Graham Nash, Annie Lennox, Adele, Phil Collins. Have you ever listened to Freddie Mercury and Montserrat Caballe sing Barcelona? It takes my breath away. Sarah Brightman – “Time to Say Goodbye”. Then I have my pissed off music where I sing along VERY VERY LOUDLY. Helen Reddy’s “I am Woman Hear Me Roar”, Lesley Gore’s “You Don’t Own Me” and the best, Rachel Platten’s “Fight Song”. You should hear me – perhaps not. I have a reputation to conserve – ha!!! That’s a joke.

When life seems to smack me in the face, as it does all of us to some degree, I have CDs of Royal music, bands of the Scots Guards, tea time music, with or without cats, and songs of the Second World War from the UK. Whatever it is, they do their magic. They bring back memories of my idols – the grownups who stood defiantly and cared for us during those six years. I remember being a little girl and standing by a piano singing songs in a house that hadn’t been bombed like ours.  Somewhere in that child’s mind, a seed was sown. Simply put, I decided I wanted to be like those people when I grew up. I am. I am a farmer sowing seeds that will grow and flourish. I just know it. Be wonderful and as one of my hero’s wrote:

“We but mirror the world. All the tendencies present in the outer world are to be found in the world of our body. If we could change ourselves, the tendencies in the world would also change.  As a man changes his own nature, so does the attitude of the world change towards him. This is the divine mystery supreme. A wonderful thing it is and the source of our happiness. We need not wait to see what others do.” – Mahatma Gandhi

“If music be the food of love, play on,
Give me excess of it; that surfeiting,
The appetite may sicken, and so die.”
― William Shakespeare, Twelfth Night