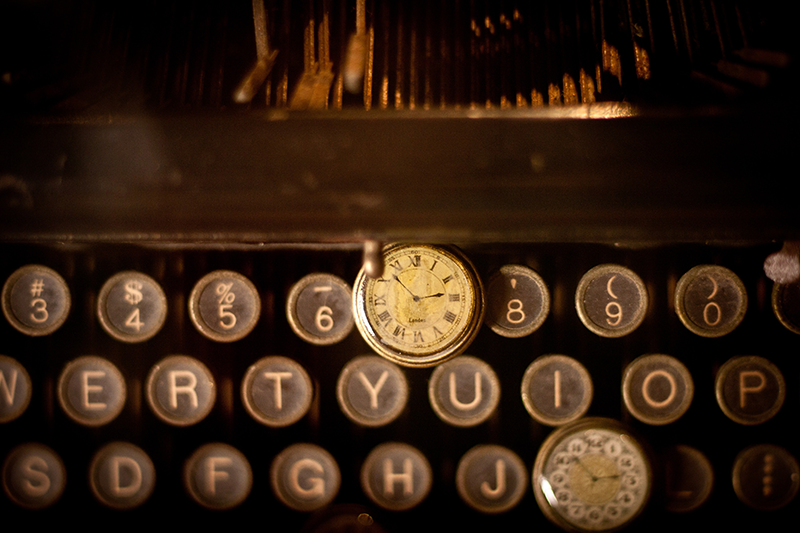 Having battled writer’s block for several months, the Universe relented and here I am. Usually writer’s block is described as people looking at a blank screen or notepaper. The opposite applies to me. I have too much to write about.

An idea jumps into action and before I can write the title, ten more attack my brain and I forget the first one. Now my book author friend, Edie Weinstein, is different. As far as I know, she has never had writer’s block. She lives to write, when she should be writing to live. Why is her creative brilliance not recognised? She doesn’t have a marketer and readers don’t respond to her various publication postings she regularly writes for. It is very sad for those of us who do like to write that so few comment. I have about four people, yes the same four, who will write something for this  blog. Don’t ask me why this is the case – I don’t know. Maybe it is a sign of the apathy that is attacking the world.

Why have I broken through this morning? I made the mistake of going on line to check emails and through no fault of my own of course (the devil made me do it) I went onto Facebook. BIG ERROR RIGHT THERE.

Even though I have been strongly advised, challenged, yelled at by people I love and respect to NOT GO ON FACEBOOK, I feel strongly that some posts need my expert attention. So I creep on and before I know it, I am looking at side items like Dodo, Military dogs returned to their handlers, Military surprising their loved ones with unexpected returns at football games, proms, graduations and then the killer, Clydesdale Horses. I watch every ad pertaining to these gorgeous creatures until there is nothing else to see.

This morning I watched until 2 a.m. and then decided to go to bed. Ha! Funny woman. With all that staring at these amazing and wonderful mind blowing posts my brain was doing a jig. Did I really expect to go to sleep after this insanity? Yes.  You’ve heard it a thousand times. The definition of insanity. Doing the same thing over again and expecting different results. I qualify. I really believed that I would go to sleep.

I went to bed. Daisy, after jumping on the bed and insisting on being petted finally went to sleep. What did she care? She’s a cat. She can sleep 23 out of 24 hours. So I settled down, said a few affirmations, had a chat with my Higher Power, whoever he/she/it was at that time, closed my eyes and prepared to doze off. An hour later, eyes opened this time, I stared at the ceiling. I tried all the tricks I had learned including some from my primary mentor Dr. Victor Frankl. Nothing worked. I called upon John to help me as all the time we were together I never lost a night’s sleep. He was uncooperative. He heard about that, I can tell you! This is when the attack took place. The mental block decided this was the time and place to write.

A voice said, “How about your writer’s block?” So I got up and started.

Once again, all the subjects flooded my brain and I had to be very firm with myself. Stick to the block I sternly remonstrated with myself. Oh goodness. Look, this might be a breakthrough. I’m not promising that I won’t sink into oblivion again. One day at a time is all I can do. As I write, I am beginning to slow down. Not a good indication of my resolve.

At this point I felt I had covered writer’s block to death and began to explore other avenues of subjects. Aha! Things that piss me off. I should get responses on that one. Where to start?

Things That Piss Me Off

How about driving and people who don’t seem to know they have car signals to indicate their intention to turn left or right. I might sit behind a car and only see they are going straight through the wall in front of them. Or I wait to turn right and a car comes toward me and just before it reaches me, puts on its turn signal to turn right! Idiot, I yell. Did I mention I was put on this earth to learn patience and flunked? ‘Tis the truth.

Next are people who take forever to answer text messages. How long can it take for heaven’s sake? Don’t they know their response will control my actions for the next month? How thoughtless. Not that they control my appointments of course. Just sayin’. Same thing about returning phone calls. Even an “I can’t talk now”, would suffice. Here I am sitting on tenderhooks waiting to speak. I just don’t understand how people can be so thoughtless when I am anticipating their response.

One of my favourites is slurping soup followed by chewing with one’s mouth open. Oh this is feeling so good – I haven’t complained for such a long time. Didn’t realise how much I miss it. This could be a stress reliever in the future. Another favourite is having my humour misunderstood. Actually I find that rather funny.

When I first came to this country prior to Benny Hill and the other lot, my English humour didn’t get applause. I remember one woman saying to me that her children were so out of control. When she gets up in the morning, her children are climbing all over the table, the sideboard, the television. I innocently asked her why she didn’t buy some chairs. She looked at me suspiciously and crossed to the other side of the street if she saw me coming. Once Monty Python hit the American market, all was forgiven. Really, I had forgotten how delicious whining was. Such fun!

Regarding sleeplessness, there is one thing I do which helps me a lot. My son Daniel bought me a lovely container with Big Ben on it some years ago. I never used it until recently when I put all John’s letters, cards, notes in it and when it is really tough to relax, I read them. There are such beautiful comments in them, that I never tire of reading them. In one of these blogs I will quote him. One of my favourites is when someone asked him how he was originally attracted to me, he said “I fell in love with her brain and the rest followed”. The very few men I had been with before, including a twenty five year marriage, always tried to put me in my place and challenge my intelligence. That’s another blog topic.

Here is a big realization. How many marvelous people are in my life today? Countless. I remember writing on Facebook not so long ago that I would in the future write to people’s individual pages to avoid political nonsense. When I started to list those pages, I saw that it would be less stressful to stay on Facebook as there were so many. I am serious. There are hundreds of people.  Some responded and others I unfollowed who didn’t ‘get it’. Am I blessed or what?

When I sit here and consider it, I am amazed and as I always told my children and grandchildren, you have to be a friend to get a friend. It works and I am proof!  When I think of these men and women, they are gold dust. They certainly don’t agree with everything I say (which of course they should as I know everything). They have their own interpretation of events, situations and opinions. Sometimes they match. What they do is to broaden my horizons. I suppose acceptance is crucial. On reading what I have written, I can see that my grasshopper brain is present. Works for me. These great human becoming’s (Og Mandino) nourish me and encourage my brain, heart and soul to do their thing when I believe there is no more to do.   Strange how so many forget my chronology! Enchanting indeed.  Following in Mrs. Kennedy’s footsteps I believe women need to have at least one gay man friend. I have four and probably others who haven’t confided in me yet. My best friend is Dan. He is my confidante. I can tell him anything. Alongside him is Stash – my beloved Stash for years now. They too will appear in another blog story.

Then there is humour. What a gift. I am honoured to volunteer at Gilda’s Club in Warminster. For those who do not know of this incredible organisation it is named for Gilda Radnor, who died from cancer many  years ago. I was involved with it before it became Gilda’s Club, working with Dr. Larry and Joyce Schmitzer, who were the original creators of the Warminster branch. I go twice a month and am with a group of extraordinary men and women who either have cancer, are in recovery, or are care sharers.

I suppose my presentations could be described as Laughing When Nothing Seems Funny or When It Is. Most of the time, it is hilarious. Why? Because the participants feel safe. No one is going to tell them what to do, how to feel, or judge them. They are creative, artists, musicians, honest, open,  forthright, outrageous  and the beauty of it is if someone is really going through serious stuff, time is spent with them and phone numbers are exchanged. I get as much from them as they do from me.

Sometimes I go prepared to do something special and it rarely works as planned. Once I walk in the door, it’s over and whatever comes up, it’s perfect! Fortunately I am very flexible and rarely prepare much anyway. I look forward to those times.  If anyone feels they qualify with the description I have given, please come. The second Wednesday of each month from 11 to 12:30 and the fourth Thursday. You can look them up for contact information. They have phenomenal classes like Tai Chi, Yoga,  Art, Music – lots. No fee. I would love to see you there.

I was so excited today. One of the care sharer husbands offered to make me a cup of tea. What a treat. I ask my cats to do so as I am fed up with waiting on them all the time, so this was a gift. Of course another husband got a poke in the arm from his wife. Hint hint! Really funny.  It’s a wonderful place and the staff are magnificent.

It looks as though I’ve broken through the barrier.

One would have thought being hospitalized overnight, followed by pneumonia and bronchitis that I would have gotten the message, “Look at all the time  you have – write”. Hmmmmm. I can’t tell you how many friends have told me, it’s time for another book. Really? My son Daniel has been nagging for years and hasn’t given up.

I remember the last time I was home in the UK my favourite cousin Karen asked me if I always write about myself. I told her I didn’t – I write about how I see things/life/people. I hope I’ll be writing again soon. Be well and prosper.