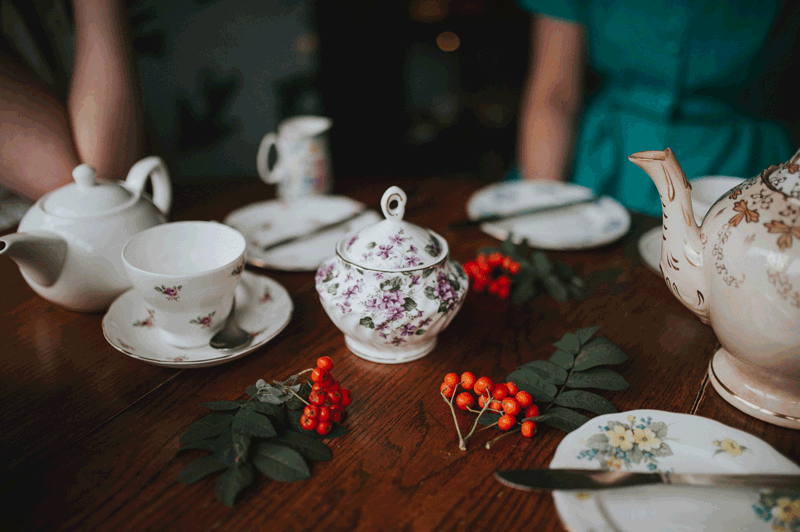 About a week ago, my daughter Michelle told me the secret to getting a good night’s sleep. Since then, I have followed her advice and slept surprisingly well.

Michelle has a son, Nicolas, who has a condition called Tuberous Sclerosis. It is severe and she hasn’t slept for years. She now turns off her phone and computer at 8:30 pm. She hasn’t watched television unless she records something she likes. She prefers to view the food channels and says she can’t remember the last time she heard the newscasters on TV. So, as it is now 7:49 pm, I must hurry to write this blog post.

I wanted to write it now because the holiday spirit is becoming spiritless to a lot of people. I am lucky. Most of my grandchildren are old enough to like checks so I don’t have to go shopping. I have to admit, I miss shopping for John for Christmas.

We had a lot of fun with very weird purchases. Really – very strange indeed.  I have a pink lion that roars very sexily whenever I squeeze him. It’s funny when the cats react. We have cats carrying Christmas Puddings, not to mention the many Father Christmas figures that adorn the living room. I remember one Easter he bought me three ducks wearing rain coats – Mum, Dad and little duck.

So this week brought some lovely smiles. There is a tea-room in Souderton called
Tilly Mints Tea Room owned by Trish. Her family is originally from Liverpool, one of my favorite football teams. She is so full of joy and enthusiasm and I have been there many times. My friend Vivienne telephoned me and asked me to go this week.
We have been planning it for ages and what with health challenges had to cancel. I rang Trish and left a message on her answering service reminding her I was vegetarian (explaining being a pescatarian is too complicated) and that I would be there the following day.

Then I had a brainstorm. I said, “Trish, you have an English Tea Room and it is authentic by my standards. How about I record your answering machine message for Christmas?”

Now I have wanted to do these voice recordings for years and I do have CDs for various dialects I do well. She was thrilled at the idea and yesterday I went to the tearoom after she had closed and made the recording. Tilly Mints Tea Room is at 20 West Chestnut Street, Souderton, Pa 18964. Her phone is 215.723.2620. Call and listen. It’s a hoot. I’ll probably record another one after Christmas to keep it Brit-like. If you haven’t ever had an English tea, this is the place to go. I believe she is on Face too so you can check it out. She has the perfect personality for this profession and is far more patient with customers than I would ever be. Some people are so rude and demanding. I couldn’t believe what I saw on some occasions. She is the owner and has a right to be respected. She intercedes if anyone goes after her staff and they too are delightful.

One thing to remember when one goes out to tea. It isn’t a fast food restaurant. Set aside a couple of hours and relax. If you go there expecting to be waited on immediately, you will be disappointed, but that is the charm of the place. She has a huge collection of teapots, an English telephone booth and a delightful store with lovely gift ideas. The whole place is a different world as soon as I enter through the front door. I will be there after Christmas for sure and perhaps next year I will do my one woman show as Mrs. Crachit from Scrooge. The photos posted on this blog are from 2008 when John and I celebrated our 20th anniversary at a teashop of course. We took it over for the day and had a ball. My brother in law and sister in law flew over from the UK and it was delightful. Keep it simple and that is what it was and everybody DRANK TEA!

There is something miraculous about tea. (I know I’m in a coffee addicted country.) I remember it as a child. “Come in love – have a nice hot cuppa,” so spoke Mrs. Harrison, who lived in the flat downstairs on a street in a working-class neighborhood in London. I can even remember the date – September 16th, 1940.

The day before had been my seventh birthday. The comfort of tea has followed me through life. It was an integral part of surviving the war. Mrs. Harrison was my earth Angel. As a little girl, I adored her and her strong Irish accent. Her daughter, Kathleen, was warm and loving to me, and her son George, so smashing (Brit for yummy) in his army uniform would hoist me onto his shoulder and run through the streets – so handsome and tall. He called me his darling Macushla.  I felt so safe in that flat in spite of the mayhem around us. Always a cup of tea at the ready. That’s how we are – how I still am – as soon as the water boils, the kettle is refilled for the next cup.

Really, even today as soon as I get home regardless of the time, I greet the cats and the kettle goes on. It is a delight for me when people share my love of the brew. If I were to count the cups I have drunk over the years it would fill an ocean. It heals all wounds.

When we first came to the United States, good tea was hard to find. I started with coffee, but that didn’t last too long. Being incredibly homesick at that time, I finally found a shop that imported my favorite brand. Actually I had two. Typhoo and PGTips, both of which can be found at Wegman’s and of course Amazon!  I must have consumed at least thirty cups a day during those two dreadful years of almost devastating depression. Homesickness is a condition indescribable unless experienced. My neighbors on Disston Street in Northeast Philadelphia could not understand why I was so sad living in the United States. I respect that. They hadn’t moved from their street and I had come three and a half thousand miles with an absentee husband and four young children. That’s another story to be told and probably the basic idea for a book.

Drinking English brand tea is genetic in our family. My children were very little when we left London, but their tastes are as if they were still there. One time my oldest granddaughter was not behaving herself too well when we were at home. She was about four. Her mother was beside herself, so I said in a very quiet voice, “Courtney, come into the kitchen with me.”

“Oh my,” said my children, knowing that quiet voice was usually not to be messed with. (When my older son heard Professor Umbrage in the Harry Potter film, he said he went cold. He was about forty-five at the time). I used to shout and yell as most mothers do unless they are Stepford Wives. They ignored me completely, but when the quiet voice sounded, they were frozen indeed. For some reason, with that voice came a Queenlike accent – a very strong London. So, I sat little Courtney on a chair and said. “Let’s have a cuppa, just you and me.”

To this day, she will come and have a cuppa if she feels the need – at age 32! One day I took them all out to tea in a tea shop in Wayne called a Taste of Britain, also very good if you want to travel that far. They do their own baking too – delish. So, there I was with all of them and they had the sandwiches, pastries, and trifle. The server took our orders, asking what we would all like to drink and I sat there smiling, knowing that my American born children loved their tea. Imagine my horror when three of my granddaughters ordered HOT CHOCOLATE. I was mortified. They thought it was hilarious. Children – you love them, you raise them right and then what do they do…. humiliate you. HOT CHOCOLATE INDEED. How could my children have raised such ingrates?

A highlight of my “acting experience” life was when I was asked to present at a luncheon and then later in a tea shop where I dressed up as the Duchess of Bedford, who created afternoon tea. What a hoot. I was at my haughtiest best, particularly about whether milk goes in first as opposed to the tea being poured, or whether sandwiches were eaten first or scones with jam and cream. Seriously – families have parted ways over such conflict. However I did her Royal Highness proud.

I always take my own tea with me to restaurants, presentations, and flights. Sometimes I must pay for the hot water, but it is worth it. Of course, I insist that the water be boiling, which isn’t always well received. However that’s the way it has to be. Oh goodness. It is 8.30. Have to finish this tomorrow!

It’s tomorrow. I have been to work at Livengrin, which was really inspiring to be with the residents and their struggles. I just re-read what I wrote before the magic time of 8:30 pm. It didn’t work as well as before because I kept wanting to finish the blog post. I would not succumb to such temptation and slept on and off, reasonably. I had to get up early to get to do the presentation so now that I am between work hours, I aim to complete it.

I really love tea. Did you get that? Without a doubt, tea is the answer to all ills. Whether doused with honey and lemon, the perfect relief for a cold or just a small teapot on a tray with milk and sugar (if you want it), brings comfort and coziness. My idea of a delightful winter late afternoon is snow outside, a roaring fire in the living room fireplace, a Jane Austen or Miss Marple DVD and a huge pot of aromatic tea. What a concept! The photos shown here were of our 20th anniversary held, of course at a tea shop. Don’t they look joyful?

So now I am off to do a home visit with a lovely woman, whose husband died last year on the 16th of December. She has a similar career to my own, so people assume she will deal with her husband’s death professionally. What hogwash. Why do people have to endure loss themselves to get it? She is quite amazing and is a credit to womanhood. I do love working on Sundays. It breaks the weekend up as most people I know and certainly my family work all week and the weekends are filled with things that need their attention. Rightly so. I am working Christmas Day too as my colleague is to have the celebration at her home and I am going to be fed at my daughter’s. From my experience, these little things make a difference. I performed a wedding ceremony for two delightful people earlier this year and I am leaving to have dinner with them. Obviously, I will be home after 8:30 so this has to be my last production of the day!

Have any kind of holiday you like. I’ll be writing early in 2017 or who knows, the last blog of 2016 might not be this one. I toast you all with a luverly cuppa tea.