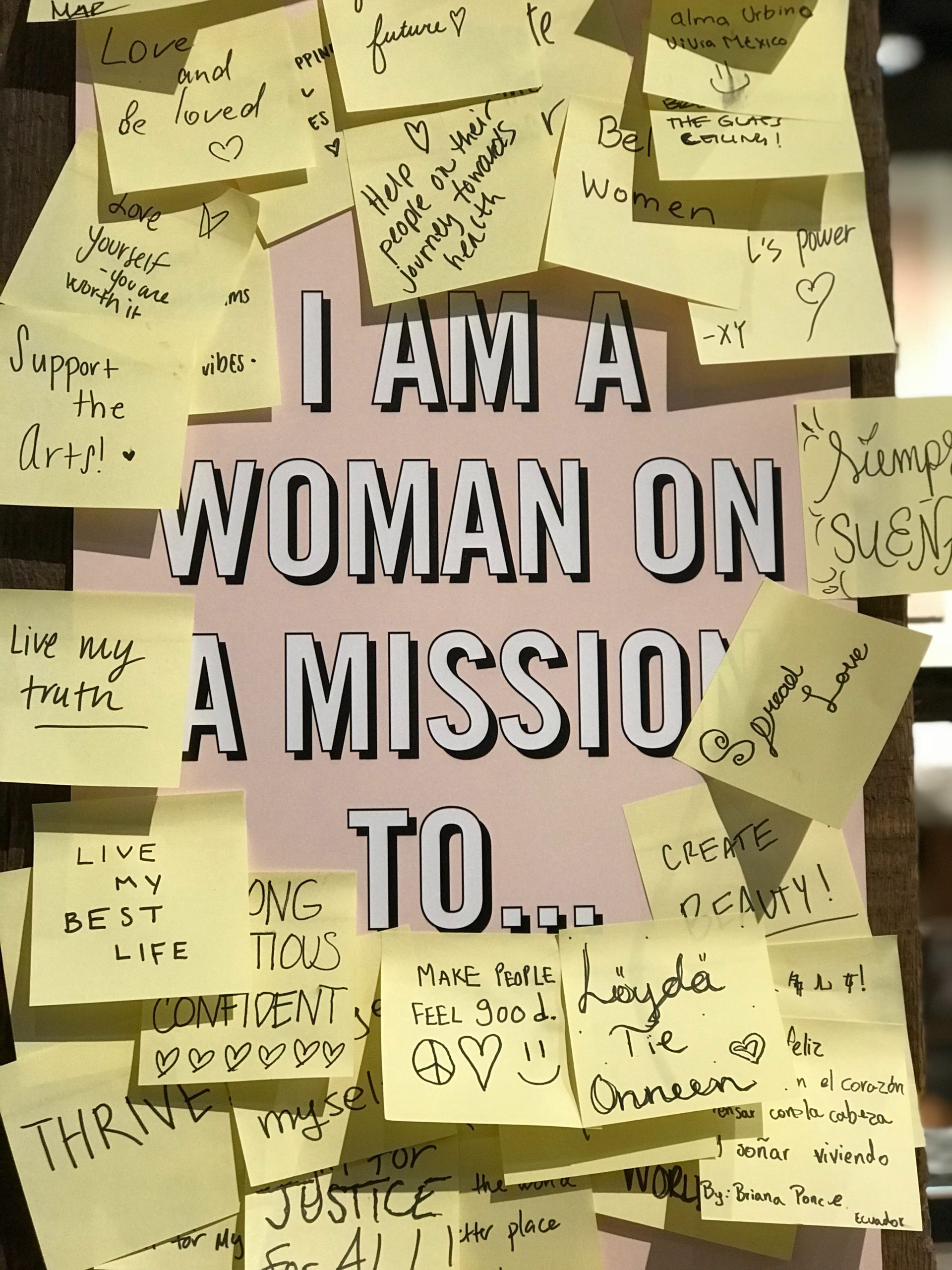 It has been quite a while since I have posted a blog because I have had writer’s block for some time. Not because I had nothing to write about, but I had too many concerns and subjects.

In other words, I overwhelmed myself!

In addition to all that, I have PTSD, not just from the war in which I was raised, but from injustices. Let me give you some background.

When I was in my early twenties  – which was a lifetime ago – I suffered from agoraphobia. I was recently married for the reasons most young people got married in those days, which was to get out of the house and have our own. His was dysfunctional as was mine although that word hadn’t been invented at that time in the fifties. We just drifted into it. He didn’t woo me, and I don’t think he loved me. Who knew what that meant in those days? I know I didn’t love him, but I didn’t know what it was anyway, having never experienced it.

For those not familiar with this condition of agoraphobia, it was the fear of leaving the house.

In retrospect, I see the reason for it. I had accumulated years of constant negativity in my life from various family members to the point that I must have had some kind of breakdown.

Specifically, I thought I was so ugly I would frighten people. If I had to go to the store I would wear a headscarf which would cover most of my face. I couldn’t work of course and that was an additional opportunity for one aunt and one cousin to continue to berate me. I had no self-defense.

One of my supportive aunts who lived near Kings College Hospital in Denmark Hill, London, heard of a psychiatrist who treated this condition and tried to persuade me to see him. I protested until she spoke with my cousin Wilfred, whom I adored, and was a former Army doctor. Then he and a  family physician together got me an appointment. I went to see this specialist.

He did some extensive testing and asked many questions. Of course, being over sixty years ago I can’t remember any of them. I do recall that he was kind and gentle with me, took his time and was truly concerned. After hours of testing, he took me into his office and said the following, “My dear young lady. There is absolutely nothing wrong with you. Your IQ is off the charts. You are not a conventionally beautiful woman, but you glow inside and out. The challenge is you that you don’t see it. Also, you have an out size sense of justice that‘s going to get you into a lot of trouble in your life.”

We then talked about behaviour change, even though I wasn’t fully convinced that he was right. I listened. Beautiful? I couldn’t accept that at all, and it took me years to work with that concept. I still question it.

Then the outsized sense of justice? I know I was very upset at certain injustices I saw in my city of London, but I didn’t get involved.

WelI, I did somewhat. Specifically, there were two men hanged for a crime they didn’t commit and that got me started. It did give me food for thought and for the first time I experienced feelings of possible change. I felt there was something I could do, become involved with, and get some training. I owe that doctor a lot. I never saw him again because I never needed to. The metamorphosis began. So that‘s the background which created this fighter I am today.

Why write about this now? At this point I am banned from Facebook.

Apparently there is a policy about what can and cannot be posted. So, at present I am banned for 24 hours, and another message said it would be 29 days. This is where the sense of justice comes in. It isn’t the first time with this organisation, and I am currently looking for some other kind of social media so I can leave but still stay in touch with the community I have at present.

Even in a court of law, one is able to defend oneself, and is also informed of the reason they are in court in the first place. However, this is not the case with Facebook. One is just removed.

I went on their page to discover the reason. It gave me the opportunity to get more information and plead my case so to speak. I filled in the form and when I hit send, I was informed it couldn’t be sent and I would have to wait. This is justice? Arbitrarily removed without any explanation. Corporate America? I don’t even know who this committee of the righteous is. They gave a few words of what I had done. I could have apparently potentially incited a riot of some kind. I had mentioned the name of someone which indicated I was aware of the negativity of this man.

This is what really happened.

There had been a series of judgmental statements about a political candidate who wore very casual clothing. Apparently some people felt it hurt his campaign, insisting that he should dress more appropriately. I responded to these comments citing certain people who always looked immaculate and were not good people.

I gave Hitler as an example who was always smart in his uniform and others here in this country who were beautifully attired even when he created the Holocaust and terrible people in this country, threatening the democracy. Fascist, domestic terrorists, white supremacists. From what I gather, mentioning these inhuman beings offended these righteous people.

I do not know who they are, but they are a watchdog for wicked women like me. The other posting was about someone who had burned an animal (it was saved thank goodness) and I said they should burn the abuser as that is the only way they would learn. That was inciting a riot! I am an animal rights advocate! I stand by that.

What happens when these uncalled for impositions occur, is they trigger past experiences from way back when I was blamed for something I didn’t do. I have a long, long list and they only come to mind when something else unjust happens. Now we see these very serious injustices happen every day, all over the world. I admit I take them personally. Still! I’ve come to believe this condition is untreatable.

What I understand about Facebook is that it isn’t a good thing to be honest.

So how do you feel about this sense of justice? Racism, anti-gay, antisemitic, anti-Asian, anti-religion that isn’t Christianity, ageism, mental health stigma –  there is so much. What do you do with the triggers?

We can release resentments, but regrets are a different set of challenges. We regret when we don’t speak for those who can’t speak for themselves,  or when we didn’t act when action was due. There’s so much. I watch a show called Grantchester and he said something that really resonated with me. He said, “I don’t regret the things I did – I regret the things I didn’t do.”

The answer is we have to create boundaries and learn to differentiate what is within those boundaries, such as what we will put up with and what we will not. Maybe one can take a course on self-worth, or on assertiveness which is always an asset. People tend to blame themselves when there isn’t a resolution.

Because one has an out size sense of justice doesn’t mean we are going to win every time. The Supreme Court in this country is a court of injustice, taking us back years on the subject of women’s rights. We can protest but not on Facebook!

I am tired of older white men making decisions about women’s bodies. So, we speak, we write, we protest. What I learned from a very wise woman years ago is to go with the winners. It does no good to listen to the whiners, and those who are addicted to misery.

I admit it. I am a fighter. My beloved John used to say to me, “You really love a good fight don’t you.” He was just the opposite.

He didn’t like getting upset. In fact, he was the living proof of the Serenity Prayer which really says do something you can do something about and let the rest go. I WISH! He could let it go. Not me. Believe me I am not saying I am right. I am merely saying this is what I do and who I am.

I accept an outsize sense of justice as a gift. Use it or lose it. I am merely saying I am me. These triggers I have currently from the Facebook injustice isn’t allowing me to sleep and is reminding me of how many incidents from the past rear up and haunt me. I have more work to do.

Oh well – c’est la vie. Funny thing. I am mostly a very happy, funny woman and I work with people in extraordinary pain, both physically and emotionally. I learn from them and will be forever grateful for their trust in me because they know I’ve got their backs.

Photo by Valentina Conde on Unsplash