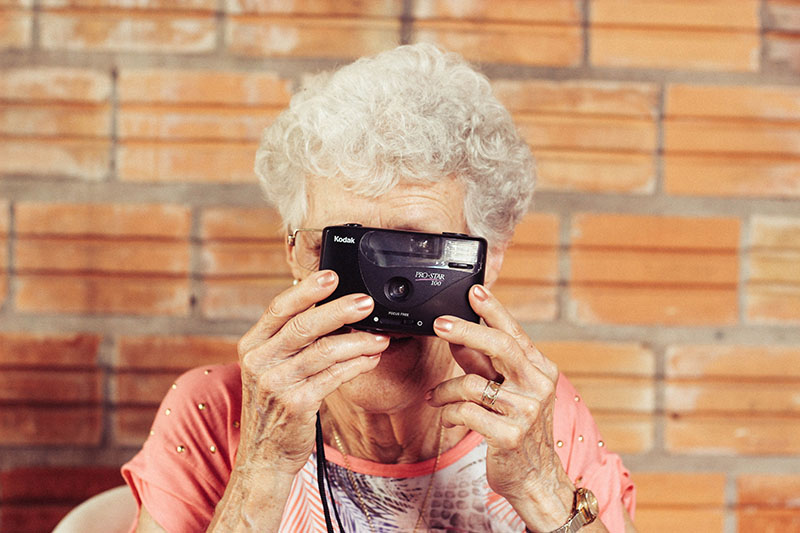 Some time ago one of my children on my asking her a question said, “I just told you that”. I said, “Do you know how many times I had to repeat myself when you were little?” It never happened again.

According to my favourite reference book, The Oxford English Dictionary, Ageism is prejudice or discrimination on the grounds of age.

I AM NOT AGING.

We have to pay attention to our responsibility to ourselves as we live in one of the worst countries regarding the aging population. We pay more for car insurance and health insurance.  Medicare is threatened. Co-pays can kill you. I am not going to do a country comparison as someone is sure to defend why our costs go up.  So we’ll stick to what we can achieve rather than fight City Hall!

Briefly, don’t  judge a book by its cover. What causes it? Is it fear? Looking at an older person, imagining what it might be like at their age perhaps? Frightened they might become involved if the person fell or needed help? It’s all in the mind. That‘s my philosophy and I’m sticking to it.

Let me first apologize to Reverend Terry Cole-Whittaker. I never read her book – the title did it for me. Truly – talk about keeping it simple. The title of her bestselling book is WHAT OTHERS THINK OF ME IS NONE OF MY BUSINESS. I never opened the book as I got the message immediately. It wasn’t always that way.

I was one of those keynote speakers who read the speaker ratings papers and if there was one critic that had a small question or negative statement, I would concentrate on that one and ignore the other glowing reports.  I stopped that about forty years ago…………… very slowly.

Now, everybody is entitled to their opinion. (Well, not all the time!) That being said, my attitude really matured as I did. The same thing is if people do not understand my humour. I am one of those lucky people who does not have a problem in saying I’m sorry. The reason for this statement is that if I perceive anything that smacks of ageism I will address it and I don’t care if people think I am a complaining old woman. It isn’t important what they think. It is their approach and recognition of the ripening generation. It’s called respect. It is important to me that I pick my battles so that I can win the war!

One golden rule is to go to the top – the CEO and with all respect, not the person who is behind the counter or wherever the incident occurred. I am not always successful and what encourages me is that I speak for those who cannot speak for themselves and are treated with abuse. Some of the companies I have challenged are Giant, Wegmans, British Air, Cadillac, Virgin Atlantic, United Airways. There are others and I am relentless. If you think the staff at Wegmans in Montgomery Mall are helpful and charming………………thank you very much!

When one thinks of ageism the visual is old. What is old?

According to European reports middle age is 75. I believe much of negative aging is in the brain, reacting to what Western culture thinks is old, what it looks like, or sounds like. There are so many aspects of this discriminatory behaviour, that I might have to write another blog. Let me tell you some stories.

I was told of a nurse who had worked for about twenty years in a major hospital in Philadelphia. She was about 58 I believe and the administration wanted her to retire. She was in perfect health and felt at least another five years would be appropriate. So with this in mind she stated that she would stay. Shortly after that, the Administration took her off day work and put her on night shift. She is tiny and now has to roll very heavy people over in their beds during the night. There are not many nurses on duty at that time. She has a bad back too. This is how her loyalty and dedication is repaid. She has a family she doesn’t see because she is sleeping when they are awake. However, the point is how spiteful these administrators can be if they don’t get their own way. In my research a lot of companies are guilty of that.

My granddaughter is in nursing school. She is 26. I asked her for her  thoughts on the subject.  She said a lot of the doctors pick up the charts, see the ages and form a treatment plan based on that. She said that when some elderly ill patients lose control of their bladders or bowels, the shame is very sad. It seems that her generation of nurses are looking at that very differently, with far more compassion. She is being exposed to all areas of nursing, hands on and that is the way it supposed to be. She spends some time in nursing homes which is a great advantage in the overall knowledge of that powerful profession.

I love nurses. I have a daughter who is a nurse and two granddaughters in nursing school.  She knows I am a huge fan of Florence Nightingale and Dame Cicely Saunders, founder of Hospice in the UK. I took some training from her when I was 18. God, I was lucky!

Our Western culture loves to label all kinds of situations from age to illnesses, especially mental illness. So we have the terrible twos, the awful teens, the mid-life crises and how we age. It is all ordained and I feel it is important to confront the injuries.

For example, when there is disrespect for no apparent reason in a supermarket, it had to be addressed. I was in Giant a couple of weeks ago. There were staff members at the end of the counter chatting and laughing, completely ignoring me. I stood there for about five minutes when a young man approached me quite annoyed I had interrupted their fun. I have a rule for myself. I always go to the top, so I phoned the manager and simply said, “You really don’t like old people do you?” He spluttered somewhat and said, “We hire senior citizens here, blah blah”.

I told him of the incident and offered to come in to do some staff training if it would help. That really scares the hell out of them. He apologized and said he would look into the matter. Older people are afraid to seem to be a nuisance, don’t want to be labeled as difficult and I don’t care. Look, there are some people who like to complain – that’s any age.  It is very important to me and my philosophy that my money is just the same as anybody else’s.

Several years ago, John and I did an experiment. He was on two canes at that time and we set out to find who cared and who didn’t. The results were fascinating. Those most caring and responsible were African American young men, followed by Caucasian young men (some of them). The young women – forget it. The worst? Mothers with young children. They had their carts and you just better get out of the way. Then there are other nationalities, some of whom didn’t seem to know where they are pointed, so it is as well to be agile.   One might argue that they are like that with all people. Not so. We took several trips and it was always the same result.

What is this prejudice? Pre- judici – before knowledge. Is it fear? Looking at an older person, imagining what it might be like at their age perhaps? Frightened they might become involved if the person fell or needed help? I can only go back to the culture and what it teaches. That it is weakness if a man cries, whereas I believe it to be a strength. Is it because this country is so biased against people who are not beautiful? Handsome? All that is genetic – they can’t boast about that. It is the inside that matters.

The following is from Daniel Kaye is the Director of Life Enrichment and Community Engagement at Rydal Park.

“Ageism is definitely a topic of conversation with the residents of Rydal Park, but maybe in different way than are often discussed.

Their team members are trained to listen to residents, take the time to get to know them and to anticipate their needs. They are not often ‘invisible’, but one concern is how some residents see themselves. The often don’t want to ‘make trouble’ or stand out when it comes to their requests. They don’t like to ‘bother’ anybody or seem like ‘a nuisance’.

Many are often more comfortable being passive learners rather than to lead things or be the one instructing or entertaining others. My department spends a lot of time reassuring residents that their ideas are good, that it is okay to ask for things, to hold team members accountable and that we really do want to hear from them. That’s not to say that residents always have the final say.

Money is an issue and I can’t just hire a 50 piece orchestra whenever they ask for one. The idea is to keep them making suggestions, telling us what they want and how to make their lives better so we can do everything we can to make that happen. I don’t know if it is a matter of them thinking we’re taking care of them so they should be quiet and thankful or that they don’t want to offend us by telling us how to do our job or if they simply just like the staff  here and so don’t want to hurt our feelings or appear rude.

I keep telling them that what they think matters to me. Their opinions, ideas, feelings, thoughts, it all matters. By communicating what they want, we can more easily create an environment where they feel appreciated, heard, respected and loved. I know it sounds like blowing smoke but it really isn’t. This is their home and our goal is to make everything feel like that. I don’t know if part of the issue is what they think society thinks about older people, but our goal is to keep them happy. What better way to be happy than to play an active role in your life? What better way to feel that you matter than to have others sit down and really listen to you.” – Daniel Kaye

One might feel that those people must have money to be able to live in those communities. So what? The years keep moving on to anyone. I don’t  have that kind of money either. That isn’t the point.  I remember a woman saying to me something like, “It isn’t the years in your life, it’s the life in your years.”

I live by Dr. Viktor Frankl’s teachings, who was a survivor of an Auswitchz concentration camp. People make conscious decisions on the way they feel.

On that note, I recommend a book, LIFE LESSONS – OLDEST AND WISEST, by David Romanelli. I was interviewed by this young man and he has dedicated to writing about the older generation. The subtitle is Inspirational Wisdom and Humor for All Generations. It is remarkable. Google his website too. There you have it. Live one day at a time.

Recently I have had some harsh lessons on that subject and are looking to making big changes to accommodate that statement. One day at a time, sometimes one minute.

Be well and ripen well.

Photo by Eddy Klaus on Unsplash

Photo by Tiago Muraro on Unsplash