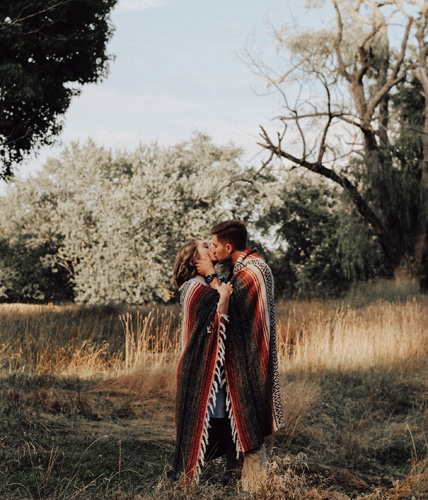 What a good idea to write about 2017. Then I thought, Nah. I’ll write about the days prior to the end of 2017 and how different December 31st and January 1st were.

Prior to the first day of January, I was sad and thoughtful. Not too good that thoughtfulness, and this time it rendered me almost speechless and isolated. My decision to be isolated as the grief was so strong, I felt it impossible to put the mask on and pretend I felt joyful. I chose solitude, which isn’t a bad thing as long as the brain doesn’t do cartwheels of past hurts which are useless.

I was invited to dinner by very trusted friends and couldn’t go. I only hang out with people who ‘get it’. They do, yet I was in so much emotional discomfort that I couldn’t even be with them. They understood. That is my gift to myself and it is fruitful. So I stayed at home with two of my best and most understanding friends, Della and Daisy my two black rescue cats. That was up to December 31st 2017.

Suddenly it was January 1st, 2018. I felt a cloud had been lifted from me. I was completely relaxed. It’s very very cold outside so I decided as I didn’t have to go out, I wouldn’t. Was going to spend the day in my new very soft robe until I realised that a friend of mine’s son was going to teach me how to use the iPad I bought three years ago! So I got dressed and then did the best thing I could do which gave me such pleasure. No makeup, no jewelry and………………………………..NO BRA. Oh the girls were delighted. Not being enclosed in those upper body thong things. In fact, they did a little dance – just about every time I moved. Luvverly. Do not be alarmed. I had a loose knitted sweater so there was no cause for embarrassment. Truthfully I felt as free as the girls and that was my change from one day to the next. Amazing.

With all the turmoil in 2017, I would concentrate on all of the issues and see if we could turn things around and then I stayed with the first line of this blog which stated, “Nah”. What could I emphasize that was important to our wellbeing, something very, very close to my heart. Suddenly it came to me; a situation which seemed to draw mostly women of high intelligence to the little screen. Once we started, we couldn’t stop. It was addictive and as I am involved with addictions, it made sense to discuss one and put some sense into it. Of course I am referring to…………………………THE HALLMARK CHANNEL!

It wasn’t enough that I labeled Hallmark cards for every holiday imaginable as a plot. No, now the Hallmark Channel had taken its place. If some of you are not aware of the puzzling and addictive nature of these films that capture our romantic images, I decided to put some of my concerns into this blog post. Maybe by sharing my experiences, hope and purpose, I could intervene and save some poor soul from dependency. I am still in the throes of it, yet I believe if I write of my feelings by recognition of the same, someone could escape the blissful nature of these films.

First of all, we have to be honest. I know in the first five minutes what is going to happen in any presentation I see. By some amazing coincidence (which ironically I usually dismiss), two people meet and are not involved. Within that period of time, they are going to be in some kind of accidental scenario, fall in love, and find that usually HE has something to hide. We know she is going to discover this character defect and break up the relationship (which really hasn’t had time to develop) and never to see him again. Or so we thought. By some measure of magic, the man is rescued by a friend who tells the rather sad woman the truth and that he – the man she loved and then didn’t – was a hero of the first order.

He had saved a family from a burning building, got between a victim and a shooter, climbed Mount Everest and saved a climber who almost fell to his death, loved his mother, supported his sister who had some terrible illness, rescued banks from going under. All this in a two hour period. With brimming eyes she forgives him. Forgives him? For what? He did all those brave acts and spared her from too much information. He wanted her to see him as a regular guy. So they kissed………………………………….kissed? Really?

This comes to the most crucial aspect of my viewing history. I haven’t seen one film where they know how to kiss. It is very disheartening. Have you watched them kiss? It’s so weird. They seem to chew on each other’s top lip, or swatch noses. Then it’s a little peck and again with the top lip chewing.

Now in their defense I have to say there are other films apart from Hallmark I have seen and they still don’t know how to kiss. I remember seeing the original version of Dirty Dancing (forget that ghastly remake where not only could they not kiss, they couldn’t dance. Courtney wrote to me screaming about it.) Even that with gorgeous Patrick, they didn’t do it right. How could anyone be that close to Patrick and not kiss properly?

I was with my granddaughter, Courtney, when we saw the original early in 2017.  I love going out with her or her sister Alysse as they accept me exactly how I am – eccentric and proud of it. They never quite know what to expect and when it happens Courtney usually giggles. They also know how I feel about good or even spectacular kissing. So when Patrick went for the gold, I thought, this is going to be blissful kissing. Oh no! They did the upper lip nibble. I said in a rather loud voice I must admit….that’s not a kiss. Where’s the tongue? They open their mouths and nada, nothing, blah and boring. She just giggled. She knows I learned from the best. Never experienced a real kiss until I was 55! After that there was no stopping me. I KNOW KISSES, AS I WAS TAUGHT BY THE MASTER and he thought the same about me! Yum.

So as you can imagine I am somewhat frustrated with the whole Hallmark experience. Why do I watch it? Hope springs eternal. I am looking for the kisser perfecto. There are two English actors I love. They both remind me of John when he was a young man by his photos of that time. Rupert Penryn-Jones. Oh yummy. He was Captain Wentworth in Persuasion and a Hallmark show (ha! They can do something right) called Crown for Christmas. There was also a series called Silk in which he played a naughty lawyer. He is so damned sexy.

Then there’s Adam Campbell who I first saw in an NCIS episode where he was playing Ducky as a young British Army physician. I wasn’t expecting that and I nearly fell off the chair when he appeared. He is currently in a show here in the States called Great News. In his favour, I haven’t seen him kiss anyone yet. I have seen Rupert and no, he does the nibble. However I love the way he holds whomever he is kissing, so he is forgiven. I’ve saved this film he was in plus the two episodes of NCIS with Adam. They are both on Wikipedia and have their own fan pages. When I want to see someone who touches me – not literally – I watch these two men. Why? I might have ripened but I am not dead!

John bought me a little book some years ago called The Kiss. I don’t know who wrote it. I love it, as there is so much wisdom in it. It talks of love and expressions thereof. Kissing is a part of it, a huge part. I read a couple of tiny phrases a little time every night. This is what I read today.

“The naked promise in a glance.

The electricity in a touch.

The delicious heat in a kiss.”

In the Kabbalah, a book of Jewish Mysticism, they write about the kiss. Briefly they describe people meeting, falling in love and then the kiss. They believe that when two people are in love and kiss, they are breathing life into one another. I use this a lot in wedding ceremonies. Just beautiful………………….life through the kiss.

I don’t think I have a challenge with kissing, only of course that I don’t do it anymore. There is no one I wish to kiss. All that has gone. Instead I compensate and it works well. When I see people of either sex or age, kissing, holding hands, I tell them they made my day. I am not a woman who is jealous because the love of her life has died. Rather that I know how important love is and it warms my heart. Of course the people are very surprised when I approach them and I like that a lot.

My school motto was “amor vincit omnia”, Love conquers all. And so it is. Don’t be shy. If you have it, flaunt it. Be well and keep loving. We all need it.